Varun Dhawan recently took to his social media and commented on Sara Ali Khan's graduation post. Check out the throwback pic and read on to know what he said.

Sara Ali Khan, like other celebrities, has been homebound due to the global coronavirus pandemic. The actor has been quite active on her social media since the lockdown. She has been posting throwback pictures and treating her fans with some of the updates from her day to day life. She has been entertaining her fans with hilarious knock-knock jokes and taking up Tik Tok challenges. Recently, Varun Dhawan dropped a comment on Sara Ali Khan's graduation post.

Varun Dhawan commented on the picture saying that this picture is the best picture she has ever put up on her social media. Varun Dhawan and Sara Ali Khan’s movie Coolie No. 1 was expected to release this month. However, due to COVID-19, the release of the film had to be pushed back.

ALSO READ: Sara Ali Khan Recollects The Time When She Graduated From Columbia University 4 Years Back 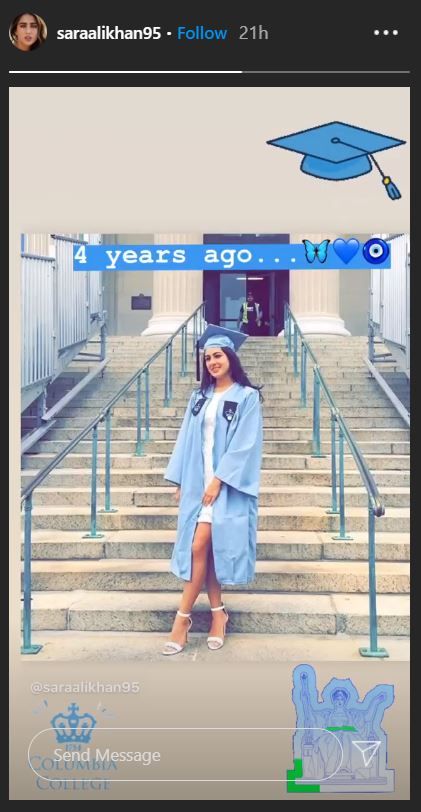 About Varun Dhawan’s Coolie No. 1

Reports state that Varun Dhawan wants to pay an ode to the Bollywood megastar Mithun Chakraborty and will hence be mimicking his speech, pelvic movements. According to reports, Varun Dhawan is a huge fan of Mithun Chakraborty, Akshay Kumar, and Salman Khan, and has mimicked these actors on multiple occasions on stage and on public performances. However, he is all set to mimic the actor on the big screen.

Varun Dhawan has reportedly gone through reading sessions as well as many workshops to perfect the acting. While it has been stated the Govinda’s speech and his slang was the highlight of the 1995 film Coolie No. 1, it will be Varun Dhawan’s love for Mithun Chakraborty and his mimicking that will add novelty to the movie.

ALSO READ: Sara Ali Khan Is Ready To Take On The Week With Mangoes And Fresh Batch Of Brownies

PEOPLE HAVE PLEDGED SO FAR
LATEST NEWS
View all
17 hours ago
Directors Abbas & Mustan talk about 'Khiladi Kumar', theatre-OTT debate & the times ahead
19 mins ago
Riddhima Kapoor shares pics of Alia-Ranbir and Shaheen, calls them her 'comfort zone'
3 hours ago
Nushrat Bharucha, Hina Khan extend birthday wishes to Ekta Kapoor with throwback pics
4 hours ago
Sonam Kapoor misses travelling amid lockdown, says 'all my bags are packed'
1 hour ago
'You get better with age': Lara Dutta cherishes 'main man' Mahesh Bhupathi on his birthday