Vicky Kaushal, Daisy Shah and other Bollywood celebrities paid tribute to Gene Deitch who was famous for creating and directing 'Tom & Jerry', 'Popeye'.

Gene Deitch was an American illustrator and director of animated series Tom & Jerry. He passed away recently at the age of 95. The cause of his death is unknown. Since the year 1959, he was known for creating animated cartoons, animated movies and series such as Munro, Tom Terrific and Nudnik. Moreover, he was the genius behind the world-famous cartoons of Tom & Jerry and the Popeye series. Tom & Jerry and various other animations by Gene Deitch have been loved by people across all ages and generations. While the whole world is mourning over the demise of the iconic illustrator of cartoons that people watched growing up, many Bollywood celebrities took to their social media handle to pay tribute to Gene Deitch. Check out their posts below.

Actor Vicky Kaushal took to his Instagram stories and posted a picture of Gene Deitch with the animated characters Tom and Jerry. Check out the story below. 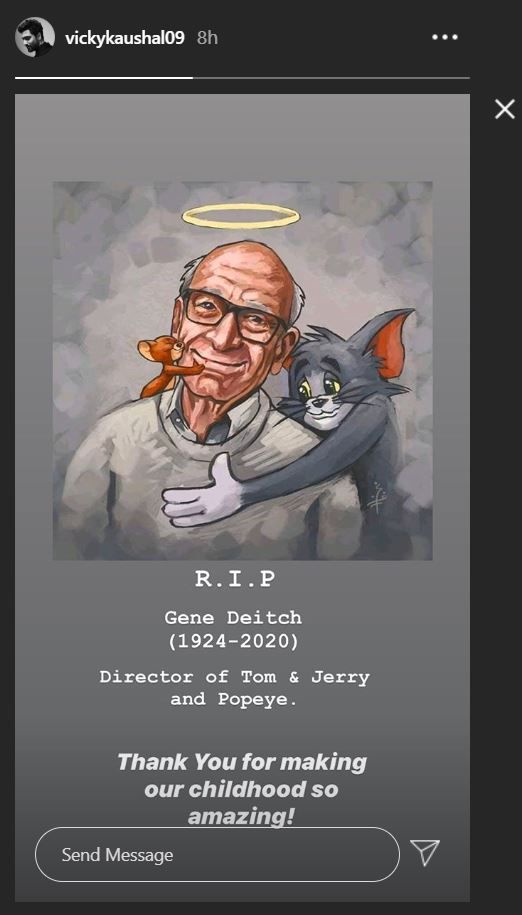 Daisy Shah posted an illustration of the animator and director of Tom and Jerry, Gene Deitch. She posted the same picture in her post and in her caption paid tribute to Gene Deitch. Check out the post below. 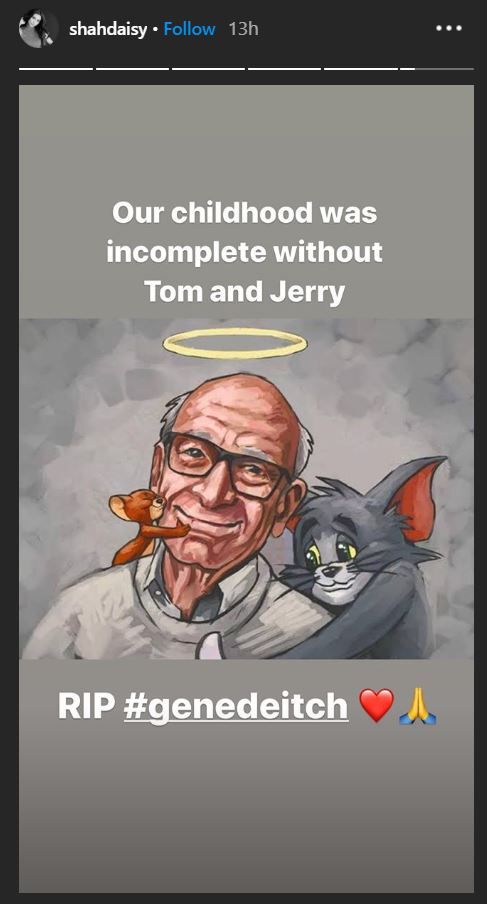 Read | Priyanka Chopra Then And Now: The Desi Girl's Major Transformation In Pictures

PEOPLE HAVE PLEDGED SO FAR
LATEST NEWS
View all
59 mins ago
Akshay Kumar worked in many movies that were shot in London; See list here
37 mins ago
Salim Merchant rubbishes news of Wajid Khan dying due to COVID-19
1 hour ago
Sonu Sood called as 'Indian of the Year' for all the social work; actor reacts
2 hours ago
Kangana Ranaut welcomes nephew Prithvi to Rangoli's new house with Pooja & halwa; See pics
55 mins ago
Ranveer Singh's comment on Kareena's 'kaftan' post shows he is a 'Bebo' fan for life; Read