Zareen Khan is a Bollywood actor who started her career opposite Salman Khan in Veer. The actor has a huge fan following on social media where she keeps fans updated. She recently updated a picture of herself where she sported a moustache on Instagram. Read on to know more about how the fans reacted to her picture in moustache and check out the post below to see the pictures as well.

As Zareen Khan posted a picture of herself in a moustache, she asked her fans to tell her if that picture reminded them of Charlie Chaplin or Adolf Hitler. Seeing the same, her fans started responding immediately. While some fans praised the cuteness and beauty of the actor, some answered the question and gave their opinion on her resemblance to Charlie Chaplin or Adolf Hitler. However, there were few fans who replied saying that she looked neither like Adolf Hitler nor like Adolf Hitler, but rather reminded them of an Indian television fictional character Jethalal. Check out the comments of the fans below. 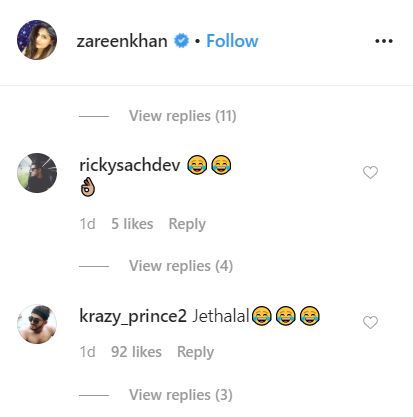 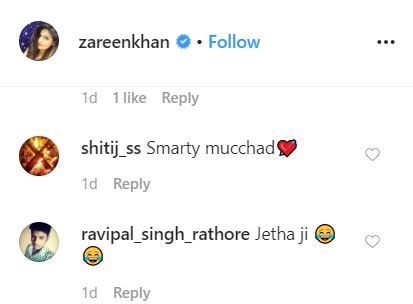 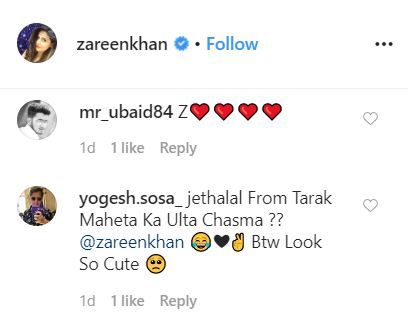 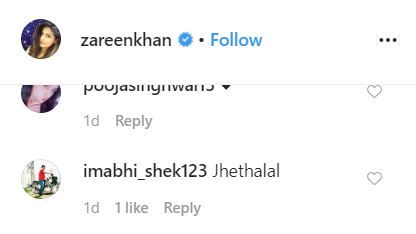 Jethalal Champaklal Gada is a fictional character from the television show Taarak Mehta Ka Ooltah Chashmah portrayed by Dilip Joshi. The character portrayed on television is a comical character and he wears a moustache. Check out his picture below.