While Adele's transformation was inspirational to many, some wondered if it was passively promoting fat-shaming. Here is what Adele's trainer had to say.

Adele recently returned to Instagram after nearly four months to thank her fans on the occasion of her 32nd birthday. What truly surprised fans was her stunning body transformation. The beloved singer's weight loss was the talk of the town and many fans found her transformation inspiring.

However, some fans debated whether this weight loss was actually positive, as they felt like Adele was trying to conform to societal norms. Some netizens even called her body transformation a form of body-shaming. Now, Adele's trainer, Pete Geracimo, has finally pitched in to defend her and talk about her weight loss journey.

Adele's trainer defends singer, says it was about "getting her healthy"

Also Read | What is the secret behind Adele's stunning weight loss? Find out here

After some netizens accused Adele of passively fat-shaming with her weight loss, the singer's trainer, Pete Geracimo, took to social media to defend her. In his post, Geracimo revealed that he was Adele's London-based personal trainer. The trainer then stated that he was disheartened to read the negative commentary and fat-phobic accusations that questioned the genuineness of Adele's amazing weight loss.

Geracimo then opened up about Adele's transformation journey. He revealed that when he and Adele started their training together, it was never about getting super skinny. It was about getting Adele healthy, especially after her pregnancy and surgery.

The trainer then revealed that Adele lost weight because of her food choices and her dedication to training. He was also glad that her fans and the media were taking notice of Adele's transformation. However, he reiterated that Adele's weight loss was not meant to hurt anyone else.

Pete Geracimo wished that people would appreciate the hard work that Adele put in to improve herself. He added that her weightloss for her own personal journey and it was not meant to make others feel bad about themselves. Pete claimed that this personal transformation had nothing to do with anyone else. Finally, he stated that Adele's transformation was about her and how she wanted to live her life.

Adele's transformation has been trending on social media for the last few days, as fans of the singer were absolutely stunned by her drastic weight loss. However, some netizens felt like her weight loss would promote body-shaming. While many netizens claimed that Adele always looked gorgeous, quite a few were annoyed by her transformation and accused her of "conforming to society".

A reminder to my fellow fats, folks with eating disorders, and those with body dysmorphic disorder:

If the conversation about #Adele’s weight loss is frustrating, upsetting or outright triggering to your ED/BDD, it’s okay to step away from social media today.

The toxic fat shaming and misogyny in the #adele tag is disgusting. Adele was sexy, and talented, and stylish years ago so I don't know why so many of you are acting like she's suddenly become all of those things only now simply because her weight has changed. pic.twitter.com/SPIoEmqoYd

The photo that started the whole debate 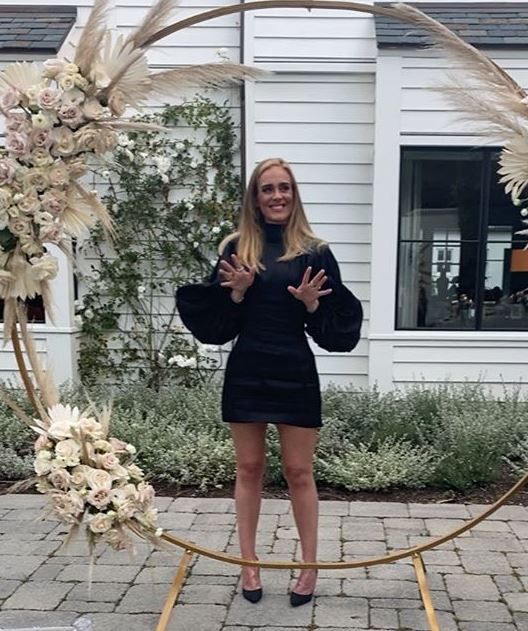 Also Read | Adele's before and after weight loss pics will leave you speechless, see here

PEOPLE HAVE PLEDGED SO FAR
LATEST NEWS
View all
15 hours ago
'Murder Manual' trailer: The anthology starring Emilia Clarke is all things scary, see
20 hours ago
Lady Gaga gets candid about her collaboration with BLACKPINK members for 'Sour Candy'
2 hours ago
Minions and Gru collaborate with WHO to share social distancing tips: Watch
17 hours ago
Akshay Kumar's upbeat songs that make the perfect playlist to motivate you
2 hours ago
'The New Mutants' director Josh Boone has his trilogy all planned out