'Army Of The Dead' Teaser Video Is All About 'money Heist In A Zombie Land'; Watch

Zack Snyder's upcoming zombie heist flick, Army of the Dead's official teaser video was released on Netflix's official Instagram handle. On February 25, the short clip was shared on the streaming platform along with the film's release date. Helmed by filmmaker Zack Snyder, Army of the Dead will hit Netflix on May 21, Friday.

The one-minute-long video begins with shots of destroyed roads and buildings, followed by Zack Snyder's introduction. Further, it shows a zombie attack in Las Vegas' casino. As the video progresses, you can see glimpses of a zombie army vs humans trying to steal a huge chunk of money from the casino.

In the video, while the lead stars fight against the dead army, it says, "on May 21, survivors take all". As seen in the caption, Netflix wrote, "Telling zombies, 'Chal dimaag mat kha' (do not eat my brains)". They further added that as shown in the promo video, they have been 'preparing to fight' the zombies in Zack Snyder's Army of the Dead, which is arriving on May 21.

Netizens went gaga over the promo video of Army of the Dead. One of the users wrote, "It's exciting", while another added, "Damnnnn....can’t waitt too see itt". A fan commented on the promo video, "Oh Zack you are Incredible". Another fan comment read as "That's heavy brother. but i dig it". Check out some more fans' reactions below: 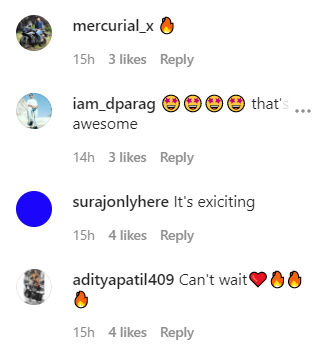 Army of the Dead release date