Chrissy Teigen shared a video of her children playing the piano. Fans call the brother-sister duo 'little Legends'. Check out the adorable video and read on.

Cookbook author Chrissy Teigen has been in the lockdown with her husband John Legend and their kids. The couple two kids, Luna, 3 and 22 months old son Miles. The COVID-19 outbreak hasn’t stopped them for entertaining their fans and having some fun.

The couple has been very active on social media and has been showing their fans how they are spending their time in quarantine. Chrissy Teigen shared a video of her daughter Luna and son Miles playing the piano. Check out the adorable video of Chrissy Teigen’s children here.

ALSO READ: Chrissy Teigen And John Legend's Kids Groove To The Singer's Unreleased Song 'I Do' 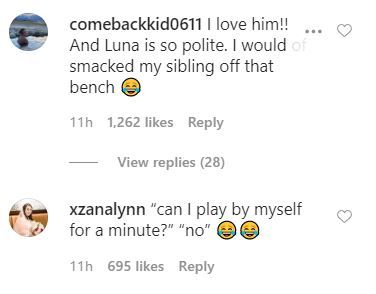 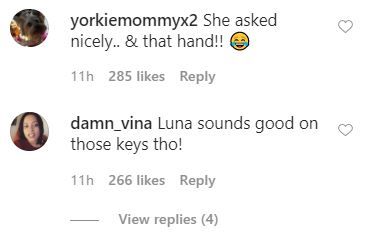 Fans of Chrissy Teigen were impressed with how sweetly Luna asked her brother if she could play the piano alone. Many stated that she was so sweet to ask him, while others noticed how cute she sounded. Many also appreciated how the siblings were nice to one another. However, one Instagram user pointed out saying that they are ‘little legends’.

A few days back, Chrissy Teigen shared a video of her kids grooving to her husband John Legend’s yet to be released song- I do. In the at-home version of The Tonight Show Starring Jimmy Fallon, the singer gave an update about how he and his wife Chrissy Teigen are doing during self-quarantine and social distancing.

ALSO READ: Chrissy Teigen Vs John Legend: Who Is Handling The Quarantine Better?

Chrissy Teigen and John Legend have been making the most of their time with their kids. While the couple has been keeping their kids entertained by planning an exotic wedding for their toys and cooking healthy food. They have also been holding family board meetings and groovy dance sessions.

PEOPLE HAVE PLEDGED SO FAR
LATEST NEWS
View all
5 hours ago
Katy-Orlando, Jennifer-Alex & other power couples forced to postpone D-day due to COVID-19
9 hours ago
Kendall Jenner breaks silence on #BlackLivesMatter after fans call her out for old ad
8 hours ago
Jennifer Lopez's 'Hustlers' is a movie one must not miss watching; read 5 reasons why
9 hours ago
Why was Tobey Maguire's 'Spider-Man 4' cancelled, director Sam Raimi spills the beans
7 hours ago
Taylor Swift songs & videos that show her love for the rainy season