Christina Aguilera Flaunts Her New Look; Asks Fans 'how They Are Doing'

Musician Christina Aguilera stunned fans by showing off her new look on Friday, November 20. Taking to Instagram, the Grammy-winner posted a photo of herself. 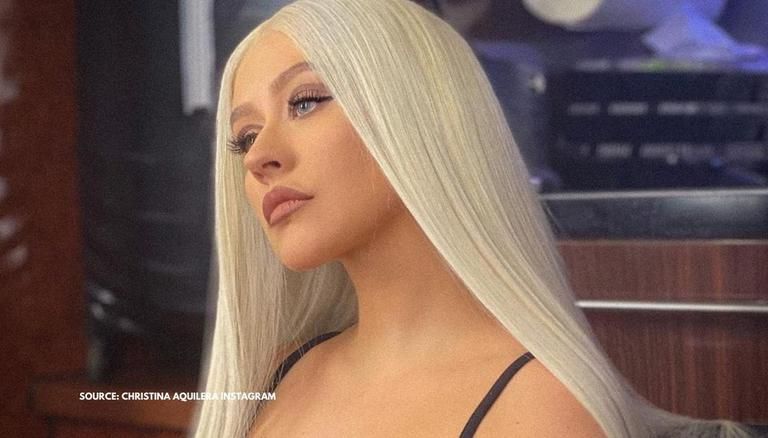 Musician Christina Aguilera stunned fans by showing off her new look on Friday, November 20. Taking to Instagram, the Grammy-winning pop star posted a photo of herself chilling at her house. The photo shared by her has created a massive buzz online with fans trying to figure out if the new look donned by her is for a new music video.

In the photo shared by her, Aguilera has rocked bright neon orange joggers and yellow nails. She topped her look with a sleeves casual top. Sleek hair left open with minimalistic makeup added contrast to her usual glam look. Seated on the stairs, the singer has donned nude lips as she strikes a pose for the camera. While sharing the picture, she was casually seen asking fans about ‘how they are doing’. Take a look at the picture here:

This new look of the singer has left fans wondering what’s cooking in the mind of the diva. While some feel that she will soon drop new music, others took a brief to appreciate her photo. Fans are hailing her new look as ‘beautiful’ and ‘lovely’. Many others flooded her comment section with the reply to her question. A fan also addressed the rumour of her leaving the music industry. Check out how fans are reacting online: 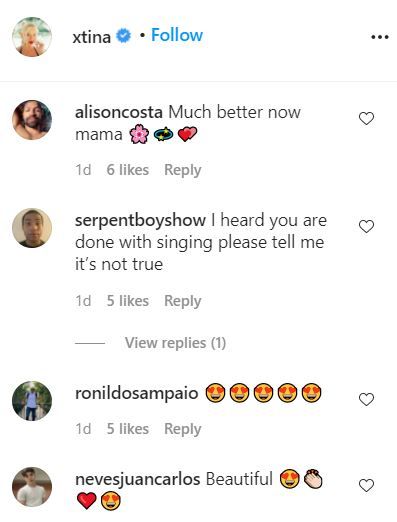 Previously, in an interview with Hollywood Life, Christina revealed her decision of not going on a diet. The singer unveiled that she has learned to accept her own individual beauty. During the interaction, the singer also shed light on her battle with body anxiety issues. Christina opined that she has learned to embrace her body despite dealing with anxiety on a regular basis.

Christina Aguilera admitted that there are moments when she could be hypercritical about herself. However, she has always tried to push herself to be the best person she could be. She also added that she has often received censures but she always tries to look for new ways and push herself further without neglecting to protect herself.