Liam Hemsworth-Chris Hemsworth And Other Popular Brother Duos In Hollywood

Liam Hemsworth is one of the finest actors in Hollywood. In American films, Liam Hemsworth rose to fame with the character of Will Blakelee in The Last Song (2010). He is the younger brother of another well-known Hollywood actor, Chris Hemsworth. Chris rose to prominence playing Kim Hyde in the Australian TV series Home and Away (2004–07). His greatest commercial successes have been with the Marvel Cinematic Universe, playing Thor, beginning in Thor (2011).

Just like the popular Hemsworth duo, there are several other successful brother duos in Hollywood who have managed to create waves with their acting. Here's a list-

James Franco is one of the finest American actor, director, screenwriter, comedian, film producer, television producer, academic, painter and writer. He was nominated for an Academy Award for Best Actor, for his role in 127 Hours (2010). James is known for his roles in live-action films like Spider-Man trilogy (2002–2007),  Rise of the Planet of the Apes (2011), This Is the End (2013), and The Disaster Artist (2017), among others. 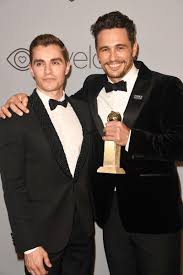 Ralph Fiennes is one of the finest English actors, film producers, and directors. Ralph is also known for his roles in major film franchises such as the Harry Potter (2005–2011) film series, in which he played Lord Voldemort, and the James Bond series, in which he has played Gareth Mallory, starting with the 2012 film Skyfall.

Joseph Fiennes is the younger brother of Ralph Fiennes. He is widely known for his portrayals of William Shakespeare in Shakespeare in Love (1998). His other prominent films include Sir Robert Dudley in Elizabeth (1998), Commisar Danilov in Enemy at the Gates (2001), and Monsignor Timothy Howard in the second season of the TV series American Horror Story (2012–2013). His role in the 2017 TV drama series The Handmaid's Tale was nominated for the Primetime Emmy Award for Outstanding Supporting Actor in a Drama Series. 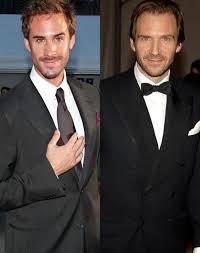 Charlie Sheen is one of the most popular American actors. In the 2000s, when Sheen replaced Michael J. Fox in Spin City, his performance earned him a Golden Globe Award for Best Actor – Television Series Musical or Comedy. He then starred in Two and a Half Men,  a series which earned him several Golden Globe and Emmy Award nominations. In 2010, Sheen was the highest-paid actor on television and earned US$1.8 million per episode of Two and a Half Men

Emilio Estevez is the brother of Charlie Sheen and son of actor, Martin Sheen. Estevez is known for his acting in films like The Breakfast Club, St. Elmo's Fire, and The Outsiders. He is also known for appearing in Repo Man, The Mighty Ducks and its sequels, Stakeout and Another Stakeout, Maximum Overdrive, Bobby, and his performances in Western films such as Young Guns and its sequel. 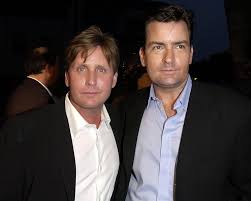 Also Read | List Of Miley Cyrus' Songs That Seem To Be About Liam Hemsworth; Check It Out