Farhan Akhtar recently revealed a new picture from 'Toofan', featuring him as a boxer in the ring. Read to know what Hrithik Roshan, Varun Dhawan & others said.

Toofan is an upcoming sports drama film starring Farhan Akhtar as the lead. The movie was announced in early 2019 and shooting for the same is going on. Farhan will be seen playing the role of a boxer. The film also stars Paresh Rawal, Mrunal Thakur and Isha Talwar. The first look of the film was released earlier which gain much attention. Now Farhan’s new picture from the movie is out. Along with the fans it also got many celebrities excited. Read on to know what they said.

Also Read | Farhan Akhtar Shares A Still From Toofan; Here Is How His Girlfriend Shibani Reacted

As the New Year arrived, Farhan gave the fans a bit to celebrate. He revealed his first image as a boxer in the ring. He is seen wearing blue and white vests and shorts, along with the matching colour boxing gloves. The intensity in his look can be seen. Farhan’s built for the film has stunned many; his biceps seems bulky. Check out the image.

Also Read | Farhan Akhtar Reveals The First-look Of His Character From The Film Toofan; See Pic

The picture not only got fans excited but many celebs too. They either commented on Farhan’s Instagram post or tweeted about the same. Check out what they said. 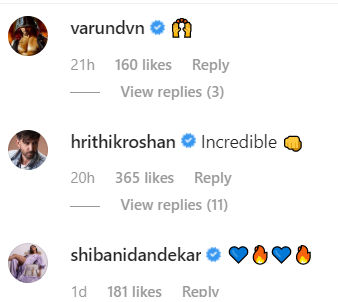 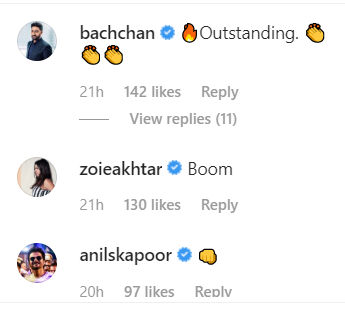 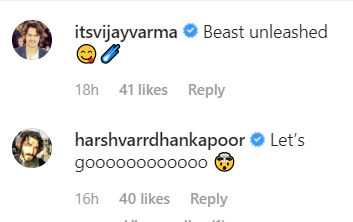 Can’t say am surprised by this look 👀 have seen it in the making, seen your hard work, but as you say #twitterpetohbantahai - Killer !!! Way to go buddy!!! Best of luck & love to you & the team!!!

The movie is directed by Rakeysh Omprakash Mehra. This marks the second collaboration between Farhan and Rakesh, the first being Bhaag Milkha Bhaag. It was a superhit and was also critically acclaimed. The audiences are expecting the same from Toofan. The film has good buzz around the audience. Toofan is set to release on October 2, 2020.