CBS gave a sneak peek inside of Staples Centre where Grammy 2020 will be hosted. Here's where your favourite celebrities will be seated at the award show.

Grammy 2020 edition is on its full swing and the venue Staples Centre is decked up and ready to host the grand affairs. The music awards will witness several celebrities, from pop sensation Taylor Swift to k-pop giants BTS. Grammy 2020 will witness singers perform their best, live, inside the said venue.

Earlier today, CBS revealed the seating arena of Staples Centre where Grammy 2020 will be hosted: 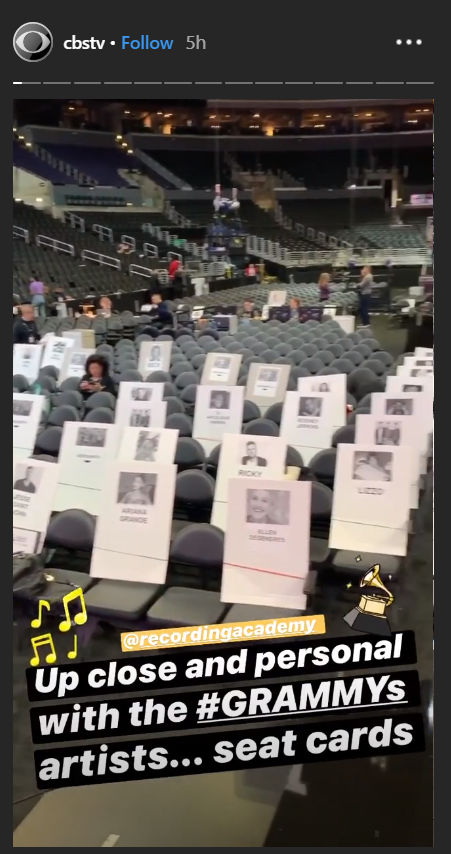 As several celebs including Ariana Grande, BTS, Lizzo will be performing at the show, they shared the rehearsals pictures as well. In addition to the preparations, CBS revealed the seating arrangements for the celebrities.

[INFO] CBS has shared a look at the tentative Grammy Awards seating order.💜

As of now @BTS_twt is sitting next to Taylor Swift & behind Beyonce.🎉

Please note this is tentative.

.@Iamcardib will be seating in front of @BTS_twt, next to @Beyonce & JAY-Z, and behind @GwenStefani & @BlakeShelton at the Grammy Awards. pic.twitter.com/2UyDcaEtSb

According to reports from Headline Planet, the seating can be tentative in nature. Celebs move according to the schedule of performances, award presentations, preparation for the on-stage show and so on. It was also reported that some of the singers and celebrities might not attend the show for unforeseen conditions.

PEOPLE HAVE PLEDGED SO FAR
Vin Diesel's 'Fast 9' will have audience questioning physics, says Michelle Rodriguez
Kendall Jenner is among the most successful teenagers of this generation, here's how
'Sonic the Hedgehog' speeds past $100 million mark at box office in its first weekend
Justin Bieber reveals why he was crying in those 2018 paparazzi pics
Priyanka Chopra steals the limelight with this gorgeous ₹45k shirt dress; see pic
DO NOT MISS
NITISH KUMAR 'SUBSERVIENT': KISHOR
AMAR SINGH-BACHCHAN PATCH UP
NO COUP AGAINST BSY: BJP
PAWAR GIVES NEW TWIST TO ELGAR CASE
MUMBAI INDIANS WISH TENDULKAR
NEW BUFFALO RACER SHOCKS WORLD