Jared Leto took to his social media and shared a funny video and stated that the video is a glimpse of the meeting that he had with his colleagues. See video.

The video posted by Jared Leto is a compilation of small videos taken of the actor over the years. In the videos, he can be seen dancing around or being silly while staying indoors. While sharing the video of his social media account, Jared Leto jokingly stated that he was having a meeting with his colleagues. In the caption, he wrote, ‘Productive meeting with all my colleagues,’ to describe the video.

ALSO READ: Jared Leto Looks Back On His Near-death Experience While Rock Climbing 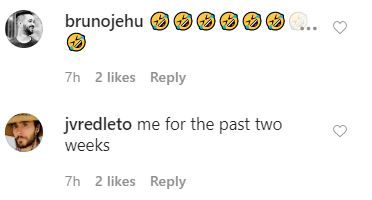 The hilarious video had the netizens doubling in laughter. While many showered the video with a laughing emoji, others stated that the video describes how they have spent their weeks in quarantine. After the quarantine, Jared Leto has been quite active on social media and has been updating his fans with his day to day life.

A few weeks back Jared Leto posted a picture from his hike. Jared Leto looked unrecognisable as he goes for a hike wearing a hat as well as a face mask, a pair of gloves and some goggles. He captioned the post stating that he hopes everyone is staying safe as the COVID-19 lockdown had been enforced. The sunny day and the open pastures make a good day for a refreshing hike. However, he did not risk his wellbeing and covered his face while stepping out.