Instagram has undoubtedly become one of the largest platforms for advertising. Recently, Khloe Kardashian shared a picture, endorsing chemical cleaners.

Instagram has undoubtedly become one of the largest platforms for advertising and brand endorsements with many, including the Kardashians, taking the opportunity to spearhead the emerging tradition of ‘Sponsored content.’ Recently, Khloe Kardashian shared an image of herself promoting Febreze, which is a cleaning product meant to eliminate odours. The picture showed Kardashian posing in her bed, wearing an oversized white shirt with loads of bejewelled bottles of the cleaning product.

The post, however, became the epicentre of mockery by netizens who were bemused by the partnership. While many commented on Kardashian’s need to partner with Febreze, many others called her out for promoting chemicals. Here’s what people had to say:

Tonight I’m thinking about the Febreze intern out there who had to sit and bedazzle these bottles for Khloe Kardashian pic.twitter.com/Obh2BTnDl2 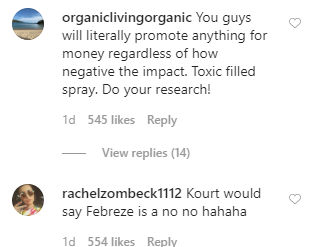 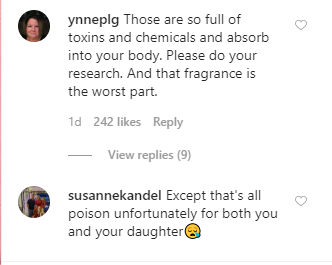 Read: Khloe Kardashian Shares Her Gruelling Workout Regime, Jokes About Being 'too Tired'

Recently, Khloe's sister Kim Kardashian was lashed out and accused of Blackfishing after uploading Instagram stories of her 'daily make-up routine'. In the video, she could be seen putting make-up on her hands to make them appear darker than they are. Internet users were quick to point out that Kardashian has a history of cultural appropriation and blackfishing and further called her body make-up 'extremely disturbing'. Watch it here:

Blackfishing is a problematic trend and a term used to describe white people who use make-up and cosmetic procedures to make themselves look like they are racially ambiguous. According to international media reports, the blackfishing trend is also an amped-up version of cultural appropriation which is very common within the influencer community. And last week when Kardashian posted the video, people pointed out that her make-up ended up appearing like she is of a different race.