Kylie Jenner recently uploaded a series of Instagram stories where she expressed how her toes are receiving a lot of attention and named each one of them.

Kylie Jenner is evidently one of the biggest fashion influencers around the globe. With an ever-growing presence on social media, Kylie Jenner evidently is under the public eye with everything she does on the platform. She enjoys a massive following of 164 million on Instagram and 31 million on Twitter. But being famous on social media also has its downsides as trolls can often subject a celebrity to hateful comments. This time around trolls hit Kylie Jenner with a lot of criticism for her toes. Check out how she gave the trolls a befitting reply.

Kylie Jenner hits back at trolls

Kylie Jenner had posted a series of photos on Instagram where her short toe was visible. Various fans were quick to point out that Kylie has one short toe which was later addressed by her in a series of short videos on her Instagram stories. Kylie had explained in the video that she broke one of her toes in middle school and it never healed properly. Check out her video reply below - 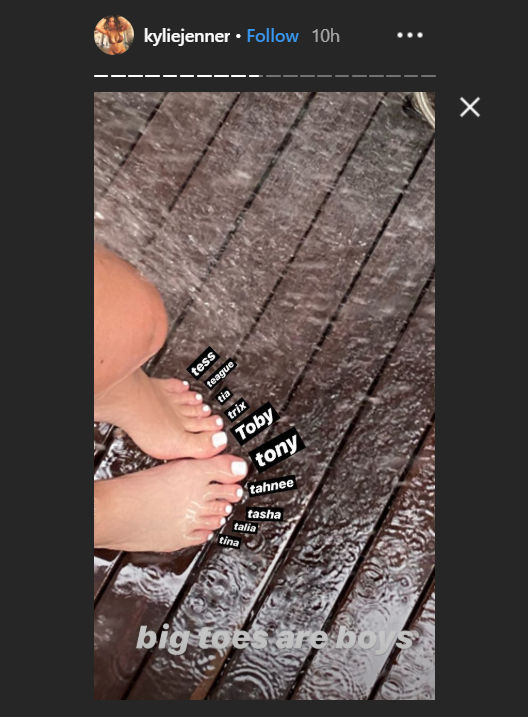