'Legally Blonde 3' will be co-written by Mindy Kaling and Dan Goor. Reese Witherspoon reveals that it is 'Elle Woods Approved' on her social media. Read on.

Hollywood actor Reese Witherspoon took to her Instagram and finally posted an update about the much-awaited sequel of her popular film Legally Blonde. Hello Sunshine Sequel Legally Blonde 3 was announced in 2018 and now it has been reported that writers of the upcoming movie have been finalised. According to reports, The Office alum Mindy Kaling has been roped in to write Legally Blonde 3 along with two-time Emmy winning writer Dan Goor.

ALSO READ: Reese Witherspoon Thanks Her Peers, Calls Them Her 90s Fashion Inspiration 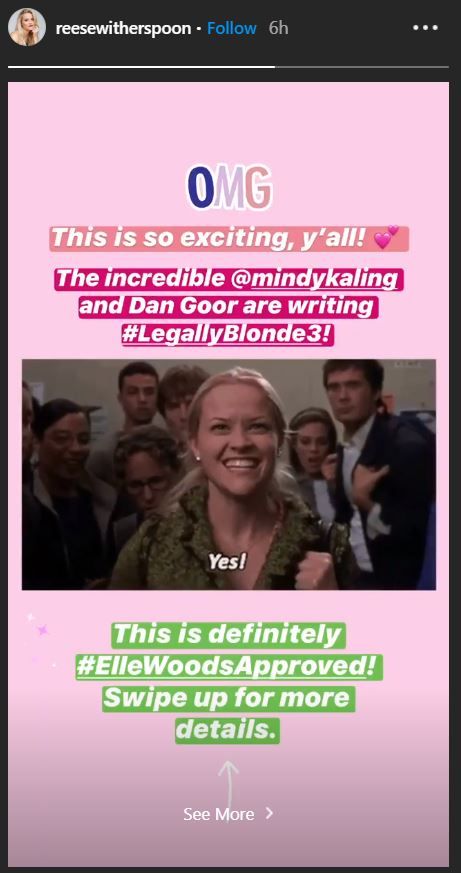 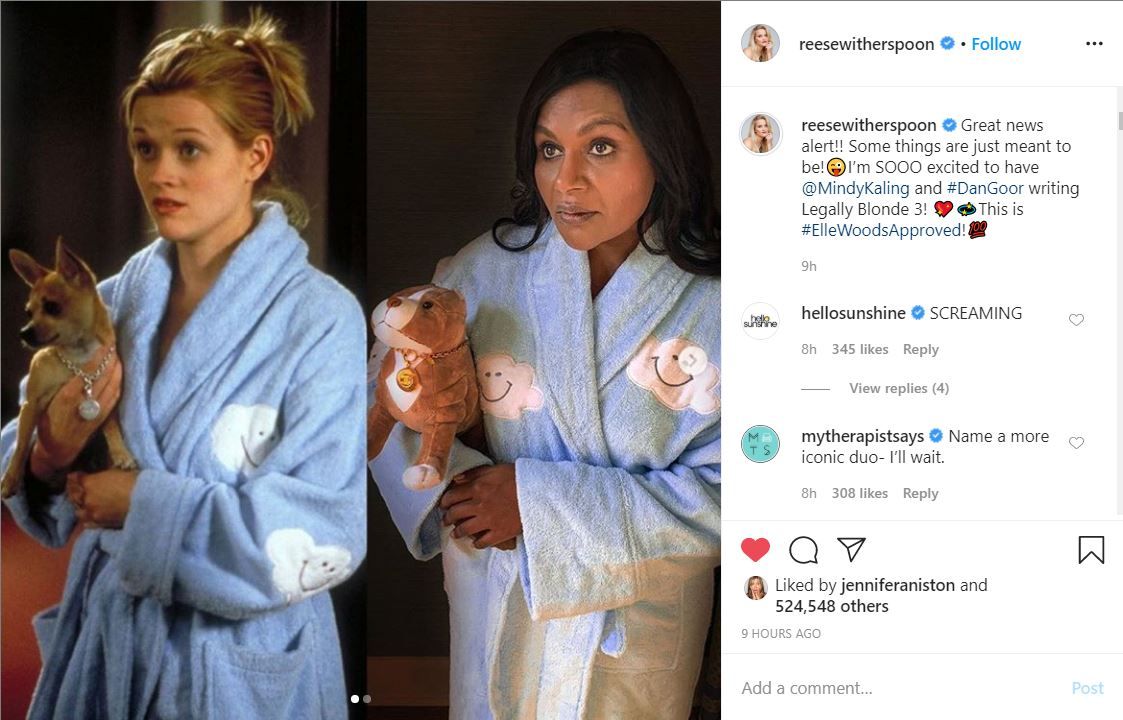 Reese Witherspoon took to her Instagram and added an Instagram story as well as a post about the news. She attached a picture of Mindy Kaling recreating one of Elle Woods’ looks from the movie. Reese Witherspoon mentioned, ‘Great news alert!! Some things are just meant to be! I’m SOOO excited to have @MindyKaling and #DanGoor writing Legally Blonde 3!  This is #ElleWoodsApproved!’ [sic]

ALSO READ: Mindy Kaling Opens Up About Growing Up Indian And Being Only Woman Of Colour In Hollywood

Mindy Kaling mentioned on her social media, ‘Finally some use for my Elle Woods fan fiction! So excited to be reunited with my friends @reesewitherspoon @laurenneu and Dan Goor to work on this movie. Elle Woods is so iconic, proving you can be girly and smart at the same time. Bend and snap people!’ [sic] 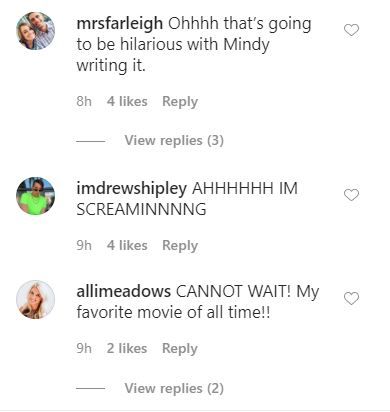 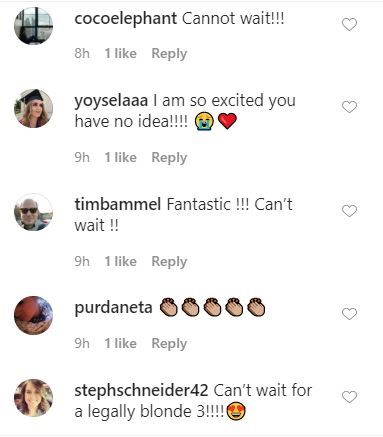 ALSO READ: 'The Office' Fame Mindy Kaling Wants Her Two-year-old Daughter To Be Identified As Indian

PEOPLE HAVE PLEDGED SO FAR
LATEST NEWS
View all
42 mins ago
Rihanna's gleaming met gala looks from last 4 years; see pics
2 hours ago
Is david dobrik related to howie mandel? here is everything fans want to know
50 mins ago
Tom hiddleston shares a throwback bts video of loki's fight from 'avengers' | watch here
7 mins ago
Is jeremy bash related to dana bash? everything you need to know about these personalities
2 hours ago
Kylie jenner shares video of stormi & chicago having an adorable conversation; watch