Zac Efron, in a recent interview, revealed that Leonardo DiCaprio invited him over breakfast and gave him life advice. Read ahead to know what he said.

Leonardo DiCaprio is certainly a heartthrob of Hollywood and has fans across the world. Apart from that, the actor is also known to inspire the younger generation of actors. Zac Efron, in a recent interview, revealed that Leonardo DiCaprio had invited him for breakfast and had given him some serious life advice. 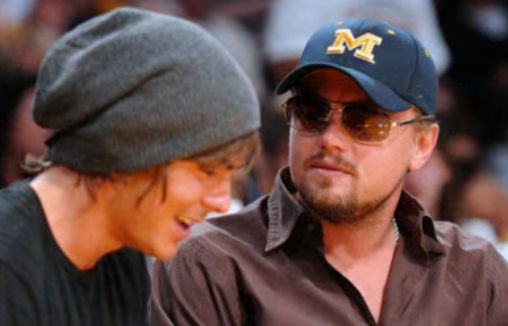 Zac Efron said he had a million questions to ask the senior actor who had been in the industry for quite some time. Zac Efron asked Leo how he handled the media attention, to which the actor replied that things were different back then. There were no cars following him everywhere.

Zac Efron then told him how around 10 cars follow him every time he leaves the house and how it scares him, Leonardo DiCaprio said this wasn't the scenario in his case also advising him to stay calm no matter what. Leonardo DiCaprio and he told Zac Efron that he has been handling things pretty well and is halfway there already.

Also Read: Reese Witherspoon Doesn't Think That Celebrities Are Special, Says We Are All Human Beings

He said the Titanic actor cooked him some pancakes after he burnt a batch of waffles. Leonardo DiCaprio and Zac Efron had been friends ever since the latter entered the industry. They were seen chatting together at the Lakers Game in 2008 and made an appearance together in 2009, too.

PEOPLE HAVE PLEDGED SO FAR
LATEST NEWS
View all
1 day ago
Brad Pitt's movies that have been adapted from bestseller novels: Here are some of many
1 day ago
Check Nick Jonas' 'Happiness Begins' creative edits made by his fans
1 day ago
George Floyd death: Kumail Nanjiani joins the movement, says 'people want reforms now'
1 day ago
When Miley Cyrus slayed in designer ensembles by Ralph Lauren & more; See pics
1 day ago
Will Hrithik Roshan pull off Tom Cruise' action in Indian version of 'Mission Impossible'?