Leonardo DiCaprio Would Hide His Smoking Habit From His Mother Back In 90s?

Leonardo DiCaprio apparently went to extreme lengths in order to keep his smoking habit under the curtain from his mother. Read more details inside.

Oscar-winner actor Leonardo DiCaprio may be known to be one of the most charming stars working in Hollywood right now but he is also known for his love for smoking. The actor was habitual to cigarettes by the time he was 20 and has also often been clicked by the paparazzi indulging in smoking. However, it has now become a common sight for fans whenever Leonardo's photos of him vaping go viral on the internet. The Revenant actor has given up smoking cigarettes and shifted to vaping but there was a time when Leonardo would hide his addiction to smoking from his mother.

When Leonardo hid smoking from his mother

A photographer by the name Steve Eichner is now all set to release a book named Limelight: The Visual Ecstacy of NYC Nightlife. The photographer was speaking to Page Six where he revealed that he once clicked Leonardo DiCaprio and Johnny Depp buying cigarettes from a street seller back in the 90s. The two stars had worked together in the film What's Eating Gilbert Grape back in 1993 when Leo was just 19 years old.

Also read: Did you know Leonardo Di Caprio's 'Inception' had each character represented a key part?

The photographer explained furthermore that Leonardo came over to him and asked him to do a favour and not release the photos. Steve, in return, asked Leonardo why wasn't he comfortable with just his candid pictures going public. To this, the actor had replied back saying that he was buying cigarettes in the photo and did not want his mother to know that he smokes. 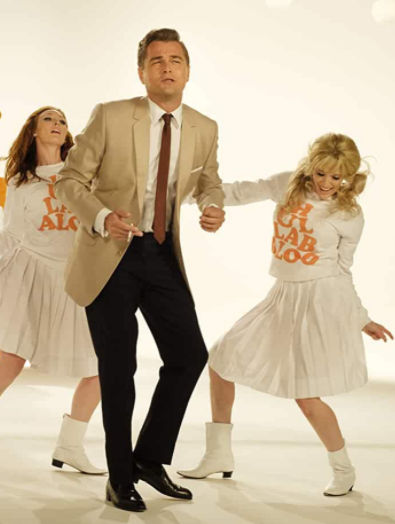 Image courtesy - Still from Once Upon a Time in Hollywood

This won't be the first time Leonardo hiding his smoking habit from his mother has made headlines. Back in 2016. Johnny Depp had quipped on-stage during the International Santa Barbara Film Festival stating that he would not give Leonardo as much as a drag from his cigarette while he hides from his mother again. However, the actor has now dropped the habit of smoking cigarettes and can often be seen getting clicked with a vape in his hand.

On the other hand, Leonardo had convinced The Batman star Robert Pattinson to quit smoking. The Twilight actor has also suffered from a cigarette addiction which has been in control for him. The actor has shifted to e-cigarettes as compared to Leo, who has held on to vaping.