Meghan Trainor got married to Daryl Sabara on December 22, 2018. The couple announced their pregnancy in October 2020. Read ahead to know more.

Meghan Trainor and Daryl Sabara have become parents to their first child, a baby boy on February 8, 2021. Meghan took to Instagram and shared multiple pictures of her baby. She also revealed his birth date and his name in her post. The couple had announced their pregnancy in October 2020.

Also read: Meghan Trainor Talks About How Working Out Helped Her With Gestational Diabetes

Sharing adorable pictures of the newborn, she introduced him to the world. Her post included pictures of herself cradling her baby in her arms moments after giving birth, as well as a sweet image of Daryl feeding his son. In her caption, she said that the sweet baby boy’s due date was on Valentine’s Day but they got to meet him on February 8 itself. She said they were so in love and thanked Daryl for the best Valentine’s gift ever. Revealing his name, she welcomed Riley to the world. Her post was flooded with comments in no time. Take a look below: Daryl Sabara also took to Instagram and shared the same pictures. In his caption, he revealed details about his son. He stated his name, birth date and his weight. He also added a postscript that addressed Meghan saying that she was his forever Valentine and he was so beyond grateful to her for bringing their son into the world. His post too created a storm on the internet. 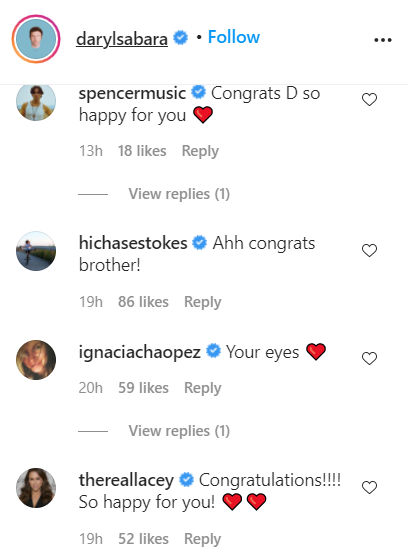 Before her delivery, Meghan shared a post expressing her excitement. She posted a beautiful close up with several clips in her hair and in her caption she wrote, “M BOUT TO BE A MAMAAAAA! we are SO close I am freaking out.” She further spoke of being aware of what her nutrition plan was going to look like after she would give birth.

The couple announced that they were expecting a child during an appearance on the Today show in October. Meghan was diagnosed with gestational diabetes during her pregnancy. While speaking to Philadelphia radio station B101.1 in December, Meghan Trainor had revealed that she was scared of birth and of not having her mother around during her delivery.