Miley Cyrus's lover Cody Simpson will turn 23 on January 11, 2019. For his birthday, Miley gifted him with vintage gifts which came all the way from the 1800s

Miley Cyrus and Cody Simpson were making headlines recently as several reports about Cyrus' beau Cody Simpon hanging out with a Playboy model were making rounds on the internet which took all her fans by storm.

But the couple brushed all the reports under the carpet as they keep on posting pictures and videos of each other hanging out frequently as everything seems to be perfectly fine between the two.

The Australian musician, singer, songwriter, dancer, actor and model Cody Simpson will be celebrating his 23rd birthday bash on January 11, 2020. Due to some undisclosed reason, his lady love Miley Cyrus would not be accompanying him on his birthday, which is why the Wrecking Ball singer gave him his gifts two days prior to his birthday. 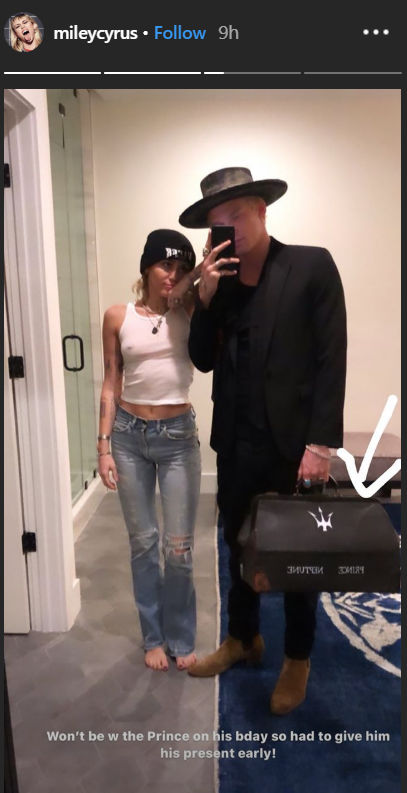 Miley also took to Instagram stories to share a picture wherein she and Cody are seen posing with the black personalized bag bearing his poet pseudonym, Prince Neptune, complete with the logo that looks much like Aquaman’s Trident of Neptune which she gifted him.

Along with the personalised bag, Miley also gifted him a vintage black hat with a Native American eagle brooch on it and a pocket watch along with a chain which was all from the 1800s, revealed the singer herself stating that she had gifted him the pocket watch and chain for Christmas, while the bag was a gift for his birthday.