Nick Jonas and Priyanka Chopra are no strangers to the public display of affection. The couple has been spotted quite a few times holding hands or hugging in public. Kevin Jonas, Nick’s brother and co-brand member, also married his long time girlfriend Danielle in the year 2009. The two couples in question are often seen in their music videos, like Sucker, or during public appearances.

When it comes to showing affection to each other, both the couples in question are always a step ahead and enjoy dishing out couple goals on social media. A recent video captured the two brothers in a PDA moment while thousands of fans cheered them in the background during the live concert.

Also Read | Nick Jonas' Songs To Listen To On A Quarantine Saturday Night; Here's Our Pick

In the video that was shared on a fan account of the Jonas brothers, Priyanka Chopra and Danielle Jonas are standing amid an army of Jonas Brothers’ fans. They are looking proudly at their husbands who are passing by during the audience interaction part of the show.

When Kevin Jonas and Nick Jonas reach their wives, both of them quickly lean in to kiss them. Priyanka Chopra and Danielle Jonas are flustered but smiling after the surprise kiss. The sweet incident apparently happened during one of the shows of Happiness Begins concert tours. Priyanka Chopra Jonas and Danielle Jonas were attending the sold-out show to cheer for their husbands.

The fan account who shared the video wrote, “Y HEART!! OMGGGG They are all so precious Also Joe I love youuuu, I wished Sophie was there.” Similar to the caption many fans were wondering where Sophie Turner was that night. The comments on the video were also a mix of emotions from the fans. Many showered their love for the couples. One fan wrote, "They are the cutest with their wives". 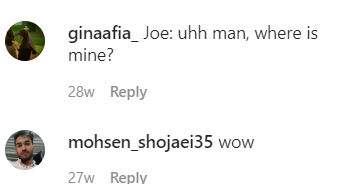 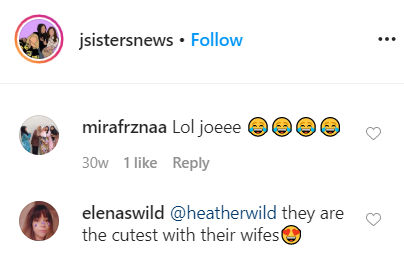