Priyanka Chopra Jonas might join the science fiction film Matrix 4 along with Keanu Reeves. Check out how fans reacted on the news and more information.

Actor Priyanka Chopra Jonas is reportedly set to join the highly anticipated Matrix 4. Fans of the star could not contain their excitement as they shared their feelings on social media. Read to know.

Also Read | Priyanka Chopra Jonas To Be A Part Of Keanu Reeves' Matrix 4?

According to reports, Priyanka Chopra Jonas is in final talks to join the cast of the untitled fourth film in the Matrix franchise. She will be joining a stellar cast which includes Keanu Reeves, Carrie Anna Moss, Yahya Abdul Mateen II and Neil Patrick Harris with others. Maintaining the films’ secrecy, details on what character Priyanka would play have not been revealed. Nevertheless, the news made several fans eagerly and they shared their excitement. 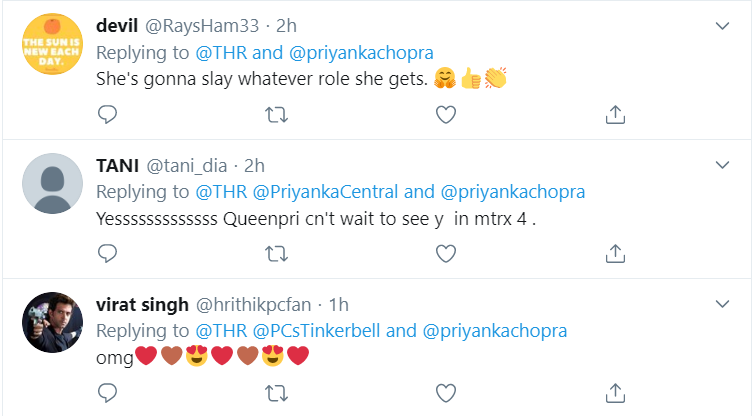 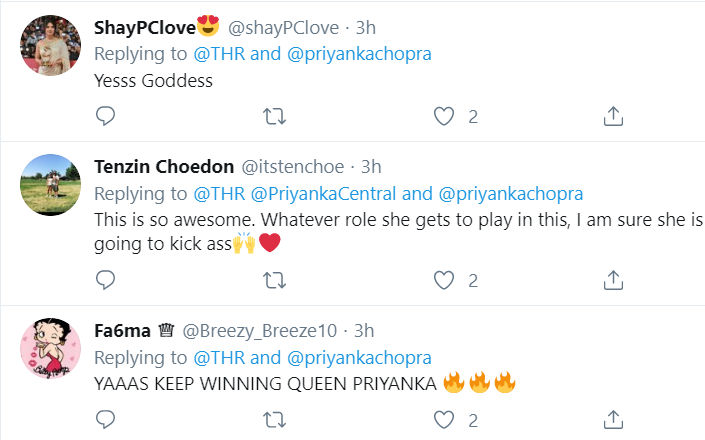 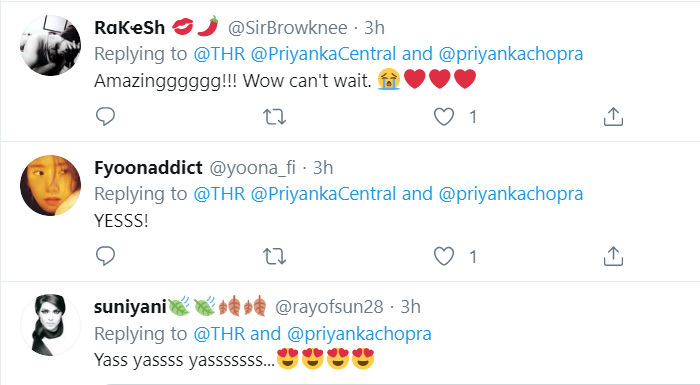 Wait what? 😱 so you’re telling me that there are high chances of a scene where Priyanka Chopra fights Keanu Reeves? Holy shizzles 🔥 #TheMatrix4 #matrix4 https://t.co/Yr99zV0HfG

Matrix is a science fiction thriller film series, with three movies in the franchise till now. This includes The Matrix (1999), The Matrix Reloaded (2003) and The Matrix Revolutions (2003). The fourth installment is scheduled to release in 2021, which will be around eighteen years from its previous part.

Keanu Reeves and Carrie Anna Moss are set to reprise their roles as Neo and Trinity in the film. Although, Hugo Weaving will not be reprising his role as an iconic villain and their nemesis, Agent Smith. In an interview with a daily, Weaving disclosed that it is due to scheduled clash that he cannot don the character.

The untitled fourth film in the Matrix franchise will be directed by series co-creator Lana Wachowski. In an interview with a daily Wachowski said that she is very happy to have these characters back in her life and grateful for another chance to work with her brilliant friends. The photos revealed that the tentative release date of the film, which is May 21, 2021. The shooting for the same is said to begin soon.