Priyanka Chopra-Nick Jonas geared up for New Year with a stunning pic on a boat. As PeeCee termed it 'Life as it should be', netizens showered love on them.

Priyanka Chopra and Nick Jonas have been doling out couple goals since they fell in love last year. And nothing has changed after that, with the couple getting married, and celebrating their first anniversary recently. The power couple has been wowing fans with their adorable social media posts, and the latest one in these was a stunning candid shot as they geared up for new year.

'Nickyanka', as they are fondly addressed as, were staring into oblivion on a boat, in the latest post shared by Priyanka Chopra on Instagram. The faint glimpse of the setting sun on one side and the colours of the sky on the another side matching with that of the gushing water, just added to the glow on the couple.

With the caption, “Life as it should be”, PeeCee suggested having the ‘perfect life’ and netizens definitely agreed with as they showered the couple with lot of love. Some were reminded of the iconic scene in Titanic where Jack and Rose stood at the edge of the ship and spread their arms.

Another called them ‘best couple’. ‘Beautiful’ and ‘cute’ are a constant for any picture that the couple shares and this was not any different. One user wrote, ‘my heart is melting.’ There were emojis galore on the picture as well. 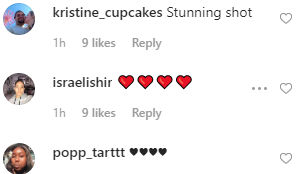 Priyanka and Nick made headlines for their gifts for each other recently. Nick gifted his ladylove a ‘bat mobile’ on Christmas. The duo even enjoyed rides on the ‘mean machine’ and twinned in the snow without it.

Before that, the Desi Girl had gifted her husband a puppy as a gift for their anniversary. The singer had called it the ‘absolute best surprise.’

Meanwhile, on the professional front, Priyanka recently made her Bollywood comeback with The Sky is Pink. She is currently shooting for th Netflix film The White Tiger. Nick, on the other hand, earned a Grammy nomination for Sucker with Jonas Brothers. He also featured in the recently-released Jumanji: The Next Level.

READ: Nick Jonas And Priyanka Chopra Think That Trust Falls Are "2019", Do This Instead

PEOPLE HAVE PLEDGED SO FAR
'To All the Boys I've Loved Before' does not need a Netflix subscription; Know why
Harvey Weinstein trial: Defence team to make final case for acquittal
Kendall Jenner's hilarious moments on talk shows that are unforgettable; Watch
The French Dispatch: Wes Anderson out-Andersons himself for a ‘love letter to journalists’
Not actors but this production design is real star of Oscar-winning 'Parasite'
DO NOT MISS
FADNAVIS TAUNTS CM UDDHAV
PM MODI'S ADDRESS IN VARANASI
KEJRIWAL TAKES OATH
MUFFLERMAN RETURNS
AKHILESH YADAV SLAMS BJP OVER JAMIA
VIRAT KOHLI'S FUNNY MOMENT