Oscars 2020: Salma Hayek Has A Clumsy Moment With Eminem; Details Inside

Salma Hayek took to her Instagram account to confess her clumsy moment with Eminem at Oscars 2020. However, the latter's gesture touched her. Read on to know.

Taking to her Instagram account recently, Hollywood fame Salma Hayek confessed her clumsy fan moment with Eminem at Oscars 2020. She also confessed in the post how she is a big fan of the rapper but ended up making a fool of herself. Here’s what happened next.

Taking to Instagram, Salma Hayek posted some pictures of her with the star rapper Eminem at the Oscars 2020. However, the caption explained how she had a clumsy moment with him. Salma went on to say that people might mistake them to be best friends in the pictures, but she had actually spilt water on Eminem. While the rapper was getting off the stage and the actor was getting on the stage, the latter was "so shocked" to see him that she spilt her glass full of water.

In the post, Salma Hayek continued, “If you examine our faces, I look mortified and he looks terrified of me- As I was trying to wipe it off I impulsively hugged him and I said “Nice to meet you Eminem- I’m a HUGE fan!” because I AM. But I was so disappointed that I made such a fool of myself in front of him.... ” However, later Salma read something after Oscars 2020 which shocked her again, “Eminem you’re the greatest!!! If you want to read the entire article with #Eminem please see my link in bio”

As it turns out, Eminem had a great time at Oscars 2020. When asked in the interview about it, the rapper replied, “I got to hug Salma Hayek”. Not everything turns out the way it seems, especially for Salma Hayek. Flattered by it, Salma even added a snip of the part where Eminem said he got to hug her. 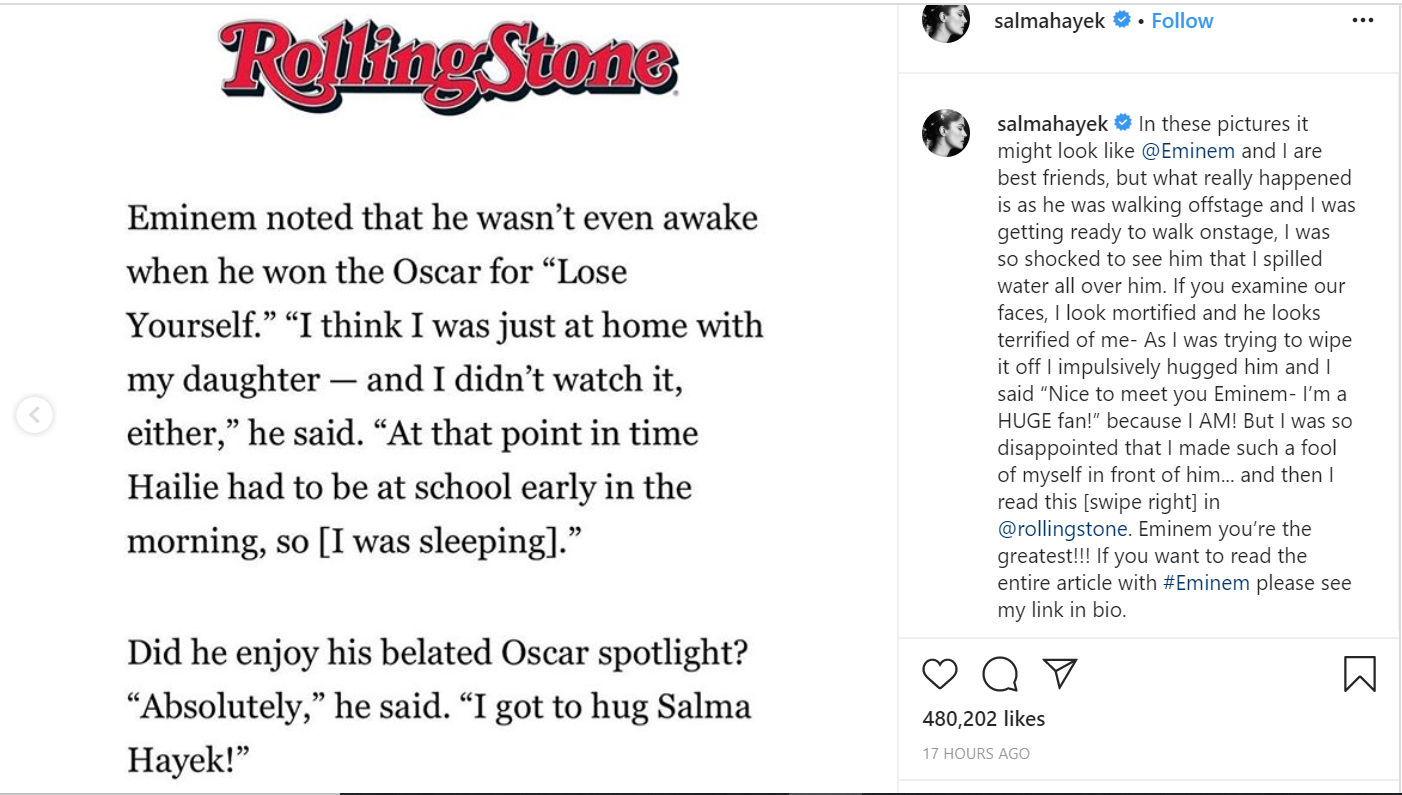