'That's Not Good': Niall Horan Gets Pooed On By Pigeon During Carpool Karaoke

Irish Singer Niall Horan recently appeared on 'The Late Late Show With James Corden'. During the episode, Horan was forced to face his phobias.

Irish Singer and member of One Direction Niall Horan recently appeared on The Late Late Show With James Corden. During the episode, Horan talked about various things including his time as a One Direction band member and his encounter with Kim Kardashian’s and her daughter, North. In the segment, he also explained his phobias.

While talking to Corden, the 26-year-old revealed his disdain for birds. He then said that he specifically hated pigeons terming them as “horrible.” As the show continued, Horan was forced to confront his phobia of pigeons as the host of the show made him hold three pigeons. A clip from the episode posted online shows an animal expert placing a pigeon on Horan’s shoulders, one on his head and giving him one to hold.

However, things took an unexpected turn after the bird on his shoulder pooped. Expressing his disgust, Horan said, "That's not good man, that's not good" to which the 41-year-old Corden jokingly replied, “I can't be responsible for their actions". Watch it here.

The video has already taken the internet by storm and garnered over 24 lakh views in two days. Many fans dished out hilarious comments. Few even wondered if One Direction would ever reunite. 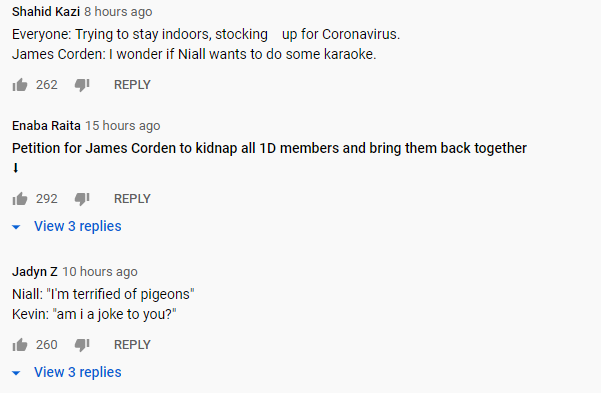 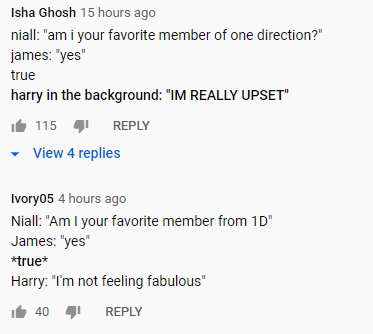 Harry Styles on the show

Last week, another member of the all-boys music band, Harry Styles appeared on the show. As per Carpool Karaoke, Styles helped the host to get to work while both of them sang songs. The Watermelon Sugar singer had previously appeared in the Carpool Karaoke with James Corden twice, once with his band One Direction and the second time he came after he released his first solo album, Harry Styles. The video of the singer's Carpool Karaoke with James Corden had crossed over 53 million views on YouTube as for now.

Read: Harry Styles Clears The Air Around Zayn Malik's Exit From One Direction

Read: Best Boy Bands In The Last Decade From 'One Direction' To 'Big Time Rush'