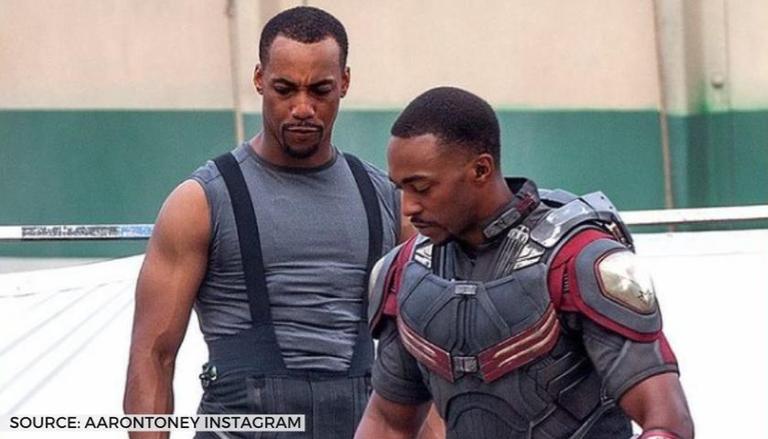 Movies in the Marvel Cinematic Universe (MCU) have been appreciated for their action and a lot of credit should go to the stunt doubles. Aaron Toney is a longtime Marvel Studios stunt performer who has doubled as Falcon for Anthony Mackie since Captain America: The Winter Soldier (2014). The veteran has announced retirement for MCU projects with The Falcon and The Winter Soldier being his last venture.

Also Read | 'Falcon And The Winter Soldier' Finally Gets Its First Look And Release Date; Check Out

Aaron Toney has doubled for Anthony Mackie as Sam Wilson in various Marvel films, including Avengers: Endgame where he also doubled for Late Chadwick Boseman. The veteran artist will end his run with the spinoff series The Falcon and The Winter Soldier. Following his retirement announcement, he has now opened up on the matter and has revealed the reason behind his decision.

In a conversation with Joining All Movement on YouTube, Aaron Toney said that stunts are a young man and woman’s game. He remembers being the young 25-year-old kid in the room. The artist recalled his time on Pirates of the Caribbean: Dead Man’s Chest, where he was the youngest kid and everyone was like, ‘Who are you?’ and he was just bright-eyed and bushy-tailed. He mentioned that they were like, ‘Is this your first job?’ and were telling people that it was ‘this kid’s’ first job. He noted that being on that project was life-changing, it was great and a blessing for him.

The veteran Marvel stunt perform has nine MCU project credits to his resume, including stunt roles in Black Panther and Guardians of the Galaxy. As Falcon double, He has performed in movies like Avengers: Age of Ultron, Ant-Man, and Avengers: Infinity War. Aaron Toney reacted on how being the older guy now has changed his perspective.

He said that doing The Falcon and The Winter Soldier and being the older guy in the room and seeing the young kids is like seeing David Warren in the room. He called the kids’ work amazing. The stunt performer stated that it was serendipitous because it was so beautiful.

He mentioned that he went, ‘Wow, 15 years ago I was the young guy. Now I’m the old guy in the room,’ on the sets of the Marvel series. It is the major reason why he retired from Marvel. Toney asserted that if he continues to be the old guy in the room, he would love it, but he thinks it is time for him to go as Falcon double. He noted that he threw everything that he ever wanted to do at this character. He pushed himself for the project and has no regrets.