Where Was 'Scarface' Filmed? Shooting Locations Of This Al Pacino Starrer

'Scarface', a movie starring Al Pacino, was shot in Los Angeles. Read this article to know more about where was 'Scarface' filmed and its review 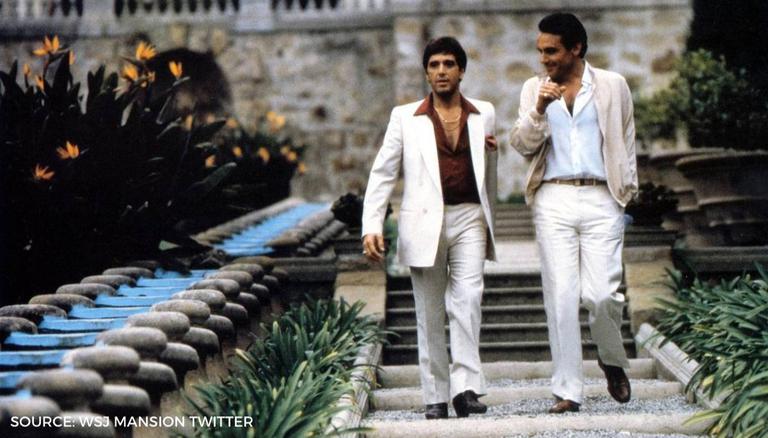 Al Pacino starrer Scarface is a movie about a notorious drug lord, Tony Montana. The film traces Tony's life journey, a penniless Cuban immigrant who appears in Miami during the 1980s with the dream of making it big in the USA. Tony, along with his three friends, get deeply involved in the drug circuit in the USA. Eventually, he becomes one of the most powerful drug lords in the USA. Want to know more about where was 'Scarface' filmed? Read on-

According to Movie-locations.com, Los Angeles is the main location where Scarface was filmed. Many iconic places and streets, and neighborhoods from Los Angeles were seen throughout the movie.

The "Florida Internment Camp" was recreated at the intersection of l-10, Santa Monica Freeway, and l-110, HARBOUR Freeway. This place is just behind the New Los Angeles Convention Centre. Here you see Tony becoming free by killing an agent of Fidel Castro.

The small eatery "El Paraiso," where Tony starts to work with his friends in Miami Little Havana was not shot in Miami. Instead, a small lunch stand called Little Tokyo, situated in Downtown Los Angeles, was used as one of the Scarface filming locations.

The Art deco style Miami beach locality that viewers see in the film is not Miami. Inside the Ocean Drive, 13th street served as its shooting place. So, many of the places that viewers see as Miami are located instead in Los Angeles.

Ocean Drive was among the important scarface shooting locations.

One of the movie's popular scenes is when Angel, Tony's friend, gets dismembered with a chainsaw during drug delivery. This scene was filmed in a beautiful red coloured Art Deco building located in Ocean Drive. At present, the shooting spot is popular for a food shop.

The beautiful mansion of Frank Lopez was one of the turning points of the movie. The crew used two different estates as Scarface shooting locations to create an extravagant view. The Atlantis Condos, located in Santa Barbara, alongside another nameless estate, was used for the film.

The luxurious Estate "Coral Gables' in Miami, where Tony starts to live after becoming a kingpin, was recreated at the El Fureidis, a Mediterranean Villa located at 631 Para Grande Lane. This private estate served as a great backdrop for Scarface filming.

Interestingly, the movie was considered a failure upon its initial release. Critics generally gave negative responses; however, it later became one of the cult hits of all time.

The movie review aggregator site Rotten Tomatoes gave this movie 82% approval and 93% audience score in Scarface review. On the other hand, Empire gave this movie five stars out of five.