After his stint with the reality show Bigg Boss 13, actor Asim Riaz has left no stones unturned to impress fans with his mesmerizing music videos.

After his stint with the reality show Bigg Boss 13, actor Asim Riaz has left no stone unturned to impress fans with his music videos. The model-actor who has been soaring high on success with back-to-back music videos. is all set to enthrall fans with another music video. While announcing the news about the new song, the actor treated fans with an intriguing picture on Instagram.

Asim Riaz to come up with a new song

Asim took to Instagram and drop a 'major' surprise for fans and revealed that his upcoming song will soon be out. Apart from the news, Asim set the hearts of his fans to flutter with an intriguing photo of himself, wherein he is seen wearing an oversized jacket, flaunting his abs and chiseled body. Going by the intense looks of the actor, it seems that the music video is going to be something thoroughly interesting and intense. The actor captioned the picture as “Mainstream ch Meri Team..!New song coming out soon.” His fans and followers were quick enough to bombard the comment section expressing how excited they are for Asim's forthcoming song.

One of the followers praised Asim’s look in the picture and wrote that he is killing with it. Another user tried to count the number of songs that Asim has done and wrote that “this is 7th.” A third user asked the actor to avoid romancing a heroine in the song as they want to see him alone. Another follower of the actor echoed similar sentiments and wrote that he is super excited to watch the upcoming song and cannot hold on to his excitement. 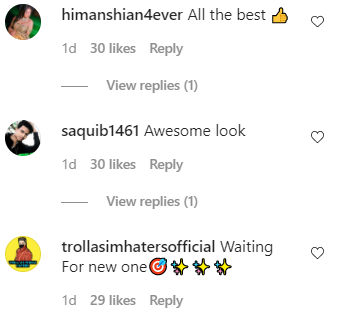 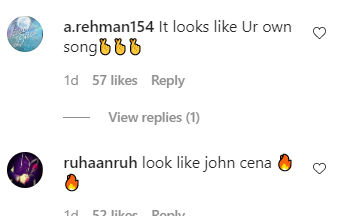 Asim also wrote in the caption that the upcoming song is voiced by none other than Stebin Ben, who was the singer for his and Himanshi Khurana's latest release Afsos Karoge. Asim also tagged a girl named 'Sehnoor,' who might be his co-star in the song.
Meanwhile, Asim Riaz, who recently uploaded a music video starring him and Himanshi Khurana, has now taken to Instagram to express gratitude as he crossed the 4 million mark on Instagram. To celebrate the day and thank his fans, Asim Riaz posted a black-and-white picture of his bare body flaunting his tattoos. The actor had got these done for a shoot. His body looks chiseled and has got many fans going gaga over this picture. He simply captioned the picture with 2 hashtags for 4 million followers.