Singer Beyonce and husband Jay-Z were recently spotted in Hamptons. They were seen cruising with Twitter Ceo Jack Dorsey. Check out their pictures inside.

Beyonce and Jay-Z were recently spotted cruising with Twitter CEO Jack Dorsey. The couple, along with their kids were clicked by paparazzi while they were cruising the luxe waterways of the Hamptons. Take a look at the pictures of Beyonce, Jay-Z and Jack Dorsey that are doing the rounds on social media. 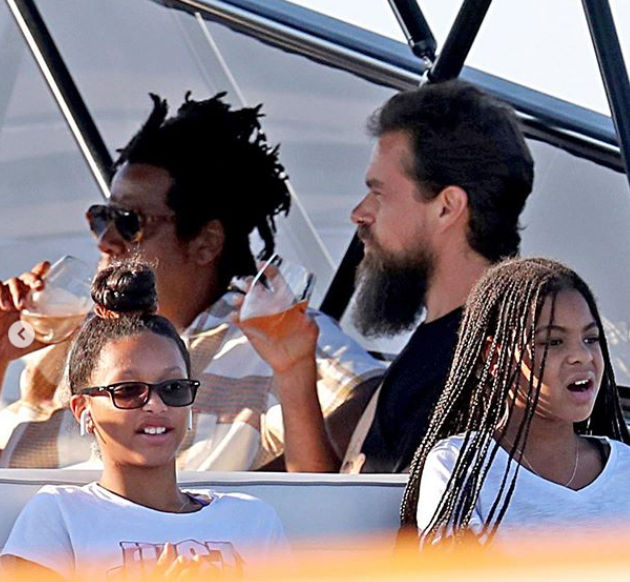 In the above picture, Jay-Z is spotted sipping rose wine with Jack Dorsey. While Jay-Z wore a simple casual tee, Jack was also seen in a simple black tee. Jack Dorsey's quarantine beard is unmissable here. 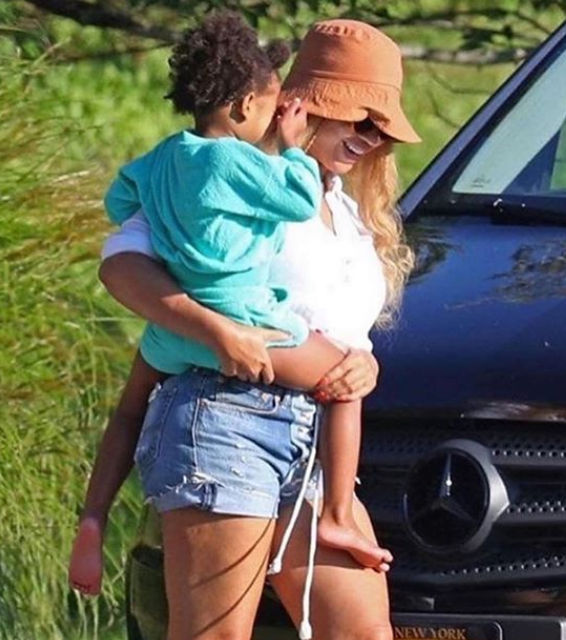 In this picture, one can spot Beyonce carrying her youngest daughter Rumi Carter. The Best Thing I Ever Had singer stunned in a white shirt paired with short denim pants. She also sported the outdoor look with a brownish hat. Rumi was styled in a simple green sweatshirt and shorts.

Also Read | From Beyonce's pregnancy to Taylor's breakup, here are the most iconic VMA reveals

Apart from Jay-Z and Beyonce, a couple of their friends were also spotted on the Yacht. The power couple's twins and seven-year-old daughter can also be seen in some photos. Take a look at some more pictures of their vacation in Hamptons.

Beyonce recently released a new video of her song Brown Skin Girl. The star posted the video on YouTube on August 24, Monday. The music video features her daughter Blue Ivy, former Destiny’s Child bandmate Kelly Rowland, along with Lupita Nyong’o, Naomi Campbell, and many more. The singer's daughter has also contributed to the opening and closing of the track.

The video is directed by Jenn Nkiru. It features Beyoncé, while the rest of the video's stars are seen in a series of dazzling shots and outfits. The video has been garnering loads of praise from fans. The video has received over four million views and 378K likes. Watch the video below.

WE RECOMMEND
1 month ago
Beyonce unveils new video for her much-acclaimed song 'Brown Skin Girl'; watch
2 months ago
Beyonce shares music video for 'Already' hours before the release of ‘Black Is King’ album
2 months ago
Jay Z and Pharell's 'Entrepreneur' takes musical dig on racism; highlights Black community
2 months ago
From Beyonce's pregnancy to Taylor's breakup, here are the most iconic VMA reveals
2 months ago
Beyonce calls a little fan after watching her heart-felt reaction to 'Black is King'; Read