Daft Punk Faces - Who Is Daft Punk Unmasked? An Unseen Footage Of Band Behind The Masks

Daft Punk has announced their retirement after 3 decades of serving the music industry. Fans are hopeful to see Daft Punk faces without the helmets.

After 28 years of working together, the iconic French duo Daft Punk announced their retirement last night. Twitter has gone into trauma with millions of fans mourning the news and promising to hold their legacy close to their hearts no matter what. Some are even expecting to get a face reveal since the duo never really did that. Read on to know who the creative minds are behind the Daft Punk masks:

The two musicians bid their farewell to the fans in the form of an 8-minute video titled Daft Punk Epilogue. The video was reminiscent of the 2006 sci-fi movie, Electroma. The duo didn't reveal their faces yet again but fans weren't upset about that. In fact, they were grateful to be able to see the duo wearing the gold and silver helmets for the very last time.

Of course, this doesn't condense the curiosity of how they actually look. The good news is that they have been caught helmet-less on several occasions though it was never official from their side. Plenty of old videos still exist when the concept of Daft Punk helmets was still far-fetched. The following video is a rather old interview video of them (1995) where they're seen without their masks. Have a look.

In 2015, Daft Punk had their latest and official face reveal in the form of their sculpted faces made by the French sculptor Xavier Veilhan. Reportedly, Xavier had to himself step out and persuade the duo to unmask for their sculpture. In the duo's own words, the artist indeed "got lucky". In the sculpture, the duo sported sunglasses instead of helmets and posed with their hands in the pocket. 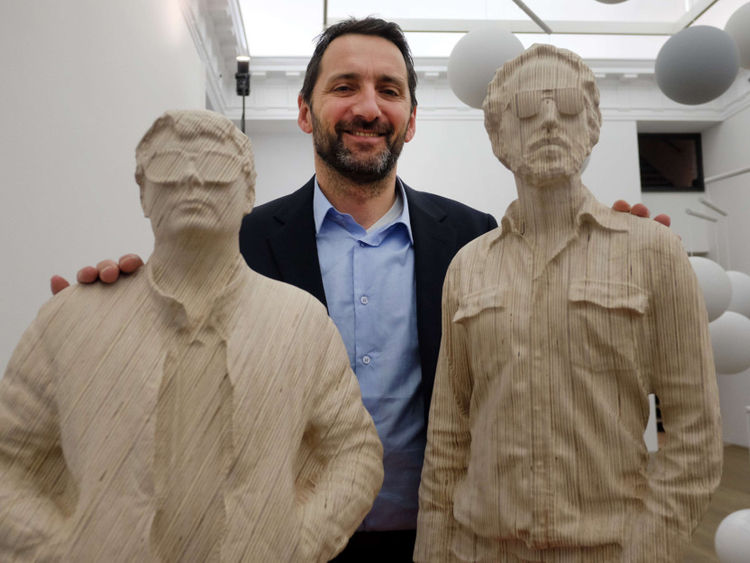 In other news, after the Daft Punk split, expected unrest has emerged on Twitter and YouTube with fans revisiting old songs to hold onto their legacy and crying rivers together on other social media handles. While some fans took it with stride, hiding their grief behind memes, others wrote essays to express Daft Punk's influence on their lives. Check them out -

If any Daft Punk fans need comfort today, here's a clip of them embracing each other after RAM won Grammy's album of the year in 2014. The bond and influence they built in those twenty years leading up to this exact moment is how they'll be remembered #DaftPunkForever #daftpunk pic.twitter.com/6eRw9JZzVj