Guru Randhawa is one of the most loved artists in the music industry as he has made several iconic numbers in Indi-pop, Bhangra, Punjabi as well as Bollywood music. As his latest song is out on the internet, he even announced this release through his social media handle. When the teaser of the song was released recently, it was revealed that Guru Randhawa has been paired with one of the budding actors of Bollywood named Sanjana Sanghi. As they both have been receiving amazing reactions from their fans, read ahead to get Guru Randhawa and Sanjana Sanghi’s song review.

Guru Randhawa and Sanjana Sanghi have recently been posting glimpses and teaser of their latest song, Mehendi Waale Haath, and the wait is now over as the song has been creating a romantic vibe all over the internet. The song illustrates a heart-melting love story of a soldier who is about to get married but he doesn’t get a leave from his senior officials. As the soldier has to go on an important Army mission, he isn't able to go to his village where his partner is getting ready for their wedding with Mehendi on her hands. As he leaves for the mission, he reminisces the beautiful times spent with his lover and keeps getting glimpses of her getting ready for the pre-wedding rituals.

On the other hand, the girl can be seen enjoying the pre-wedding rituals with her friends and family and waiting for her partner to arrive. She can also be seen getting worried about him with tears in her eyes during all the wedding rituals. The song concludes with the girl ready as a bride waiting for her lover while on the other hand, he manages to make the army mission a successful one.

The role of the patriotic soldier has been essayed by Guru Randhawa in the most promising manner while Sanjana Sanghi gives a stunning performance of a bride waiting for her lover who is serving the nation devotedly. The lyrics of the song are heart-touching and state how the soldier remembers his lover’s hand full of Mehendi and the time they spent together in their village. Mehendi Waale Haath song is a beautiful depiction of a soldier's love story and how he sacrificed his own love story and wedding and kept his nation on priority. The song has the ability to take the viewers through an emotional love saga with an illustration of how every soldier’s love story might look like.

Hence, for those who are looking to go on a heart-melting romantic ride, Sanjana Sanghi and Guru Randhawa’s latest song will be a soothing one. The song has been presented by T-Series and Gulshan Kumar while the video has been directed by Arvind Khaira. Take a look at a few reactions of the fans as to how they liked the song. 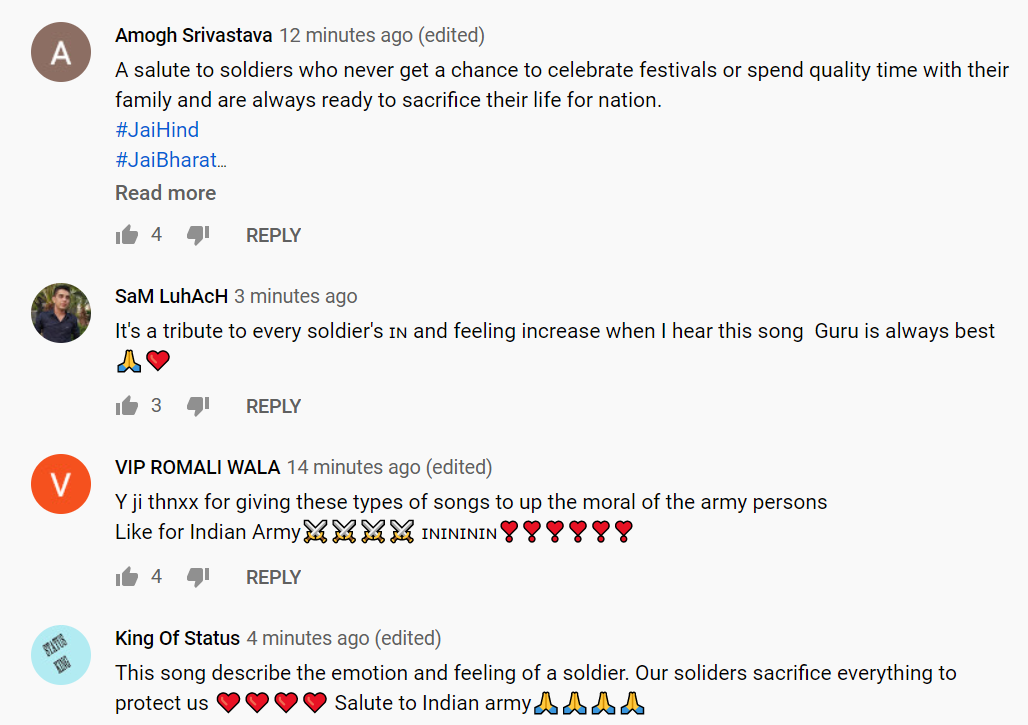 Also read Guru Randhawa Says Mehendi Teaser Is 'special For Me', Thanks Fans For Showing Support