Indian rapper Honey Singh recently shared a hilarious video which has left fans in splits. Seeing this video, fans could not control their laughter, watch video

Indian rapper Honey Singh took to Instagram to share a hilarious video and it has left fans in splits. In the video that was shared by the singer, one can see him sitting on a chair with a laptop trying to enter the password. He also goes on to read his password aloud saying, “Mere desh ki dharti, sonaa ugale, ugale heere moti, Mere desh ki dharti.”

But as soon as he clicks on 'enter,' it says incorrect password. And then he realises that he has not completed the password. He then goes on saying, “OooooOooooO.”  Along with the video, he also wrote, “Wrong password!! #funny #lockdownfun #yoyohoneysingh.”

In the video, Honey Singh can be seen sporting reddish coloured track pants and a black shirt. He can also be seen wearing a black cap. Check out the funny video here.

This video seems to have entertained fans. As soon as he posted the video, fans flooded the video with several likes and comments. Some called the video “Hilarious,” “Why are you so funny,” and more. Some of his fans also went on to share laughing emotions, seeming that they had nothing to say on this funny post. Check out a few comments from Honey Singh’s fans and co-stars’ comments below. 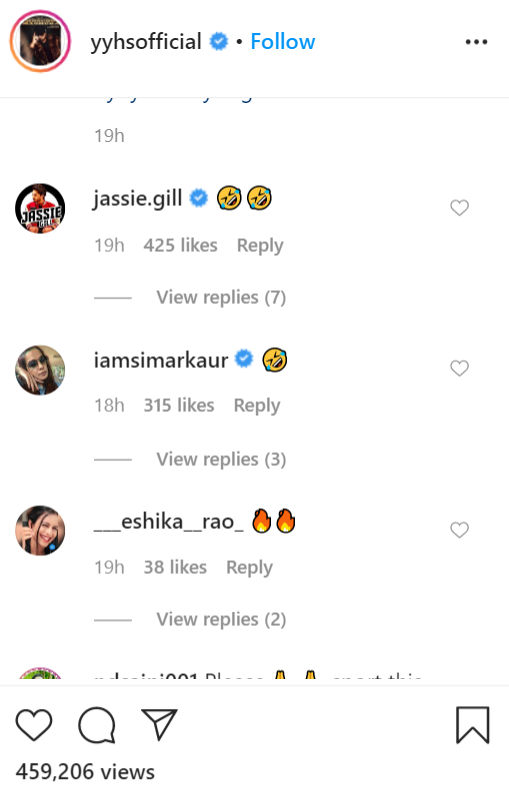 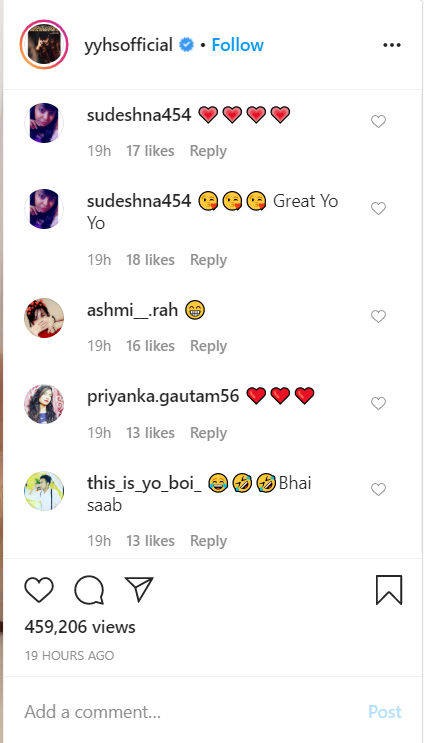 On another hand, Honey Singh has been quite active on social media amid the lockdown. He has been treating his fans with some funny and entertaining videos and posts. He has been trying to lift up the spirits of his fans and netizens during the gloomy time. As he shares a post on his Instagram handle, Honey Singh often writes “#positivevibes,” “#lockdownfun,” and much more which is evident that he is trying to cheer his fans up.

Yo Yo Honey Singh and Neha Kakkar’s new song, Moscow Mashuka, released on April 14. The song has been lauded by fans and music lovers all over. The album is a combination of Russian and Punjabi languages. The Russian vocals of the song are sung by singer Ekaterina Sizova. The song has been all over social media lately.

Fans have taken to their social media handles to share videos of them dancing to the song. Many of them have commented on Neha Kakkar and Yo Yo Honey Singh's new song, Moscow Mashuka. The song also sent fans in a frenzy as they went on to share several videos and posts relating to the song.