Raghav Juyal will be marking his digital debut with the upcoming episodes of the Kunal Kemmu starrer, Abhay 2. Juyal recently shared yet another look of his character from Abhay 2 to announce the release date of the upcoming three episodes of the Zee5 web series. Although his celebrity peers showered his never-seen-before avatar as Samar in the crime-thriller with heaps of praise, netizens were quick to compare his rugged look to some highly-popular fictional characters.

After unveiling his first look from the second season of Zee5’s Abhay a couple of days back, ace dancer-choreographer Raghav Juyal shared yet another character poster of Samar, played by him, on his Instagram handle. Raghav sports a never-seen-before rugged look in the web series as Samar with an unkempt hairdo, a full-grown beard and a pair of vintage glasses. Sharing his look from the Ken Ghosh directorial, the 29-year-old announced that the full season of Abhay 2 will be releasing on September 29, 2020.

Soon after he shared the latest character poster of Samar from Abhay 2 on Instagram, his celebrity pals were quick to slide into the comment section of his post to express their excitement about Juyal’s digital debut and were all-praise about his ‘intense’ look from the show. Several celebrities of the showbiz including Prince Narula, Sugandha Mishra, Fahad Ali and Lauren Gottlieb to name a few gave the actor’s brand new look a thumbs up.

On the other hand, although netizens were impressed by the Nawabzaade actor’s look, a lot of them were quick to compare his look to several iconic fictional film characters. While one user drew his look’s comparison to Mowgli, many pointed out his resemblance to Harry Potter because of their similar-looking circular glasses. Furthermore, one user also called him ‘Kabir Singh 2.0’.

Also Read | Raghav Juyal Has A Sci-Fi Experience As He Texts Himself From A 'parallel World'; See Post

Check out netizens’ reaction to Raghav Juyal’s look below: 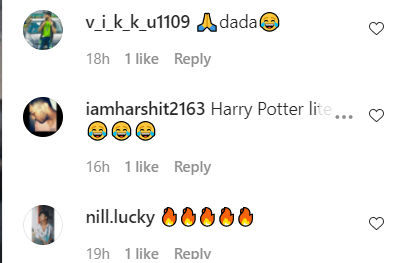 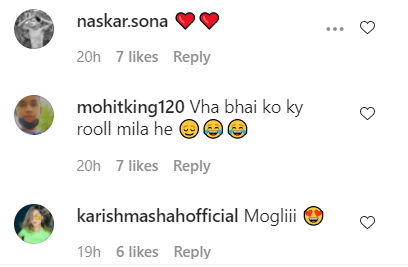 Meanwhile, for the unversed, Raghav Juyal will be playing an antagonist in Abhay 2. The second season of the series premiered on Zee5 on August 14, 2020. Now, new and final episodes of the crime thriller will be released on the streamer on September 29, 2020.

Also Read | Kunal Kemmu Announces New Episodes Of Abhay 2, Says ‘time To Get Back On Road To Justice’