Nick Jonas To Perform At And Host SNL; Is This The End Of The Jonas Brothers Reunion?

Hollywood actor and singer Nick Jonas recently made an announcement via his Instagram handle that he will be performing at and hosting SNL soon.

Hollywood actor & singer Nick Jonas recently took to his Instagram to make an important new announcement. Nick seems to be moving into the next phase of his solo music career as the singer announced he will appearing on SNL on Feb 27, 2021. Nick Jonas will not only be performing on SNL but will also be hosting, as evident by the two sticky notes on his Instagram post. Nick Jonas' new announcement has fans guessing if the recent Jonas Brothers union is taking a break. Take a look at the post that Nick shared announcing his SNL stint.

Nick Jonas on SNL has made quite the news as the actor-singer took to his Instagram to announce it. Nick's friends also responded to this announcement with his wife Priyanka Chopra Jonas commenting with a lovestruck and fire emoji while his brother Joe Jonas responded with a "Let's get it". Other friends like Jordan McGraw, Morgan Stewart, Jonathan Tucker and more also responded. Jonas' sister-in-law Sophie Turner showed some major excitement for the news as well.

Many of Nick's fans also responded to the news. Some of his fans simply left their congratulations for the actor while others were too excited to even make sense. One of Nick's fans even commented saying "Jesus i am dying" while some of his fans just screamed into the comments sections with an "AHHH". Take a look at some of the reactions below. 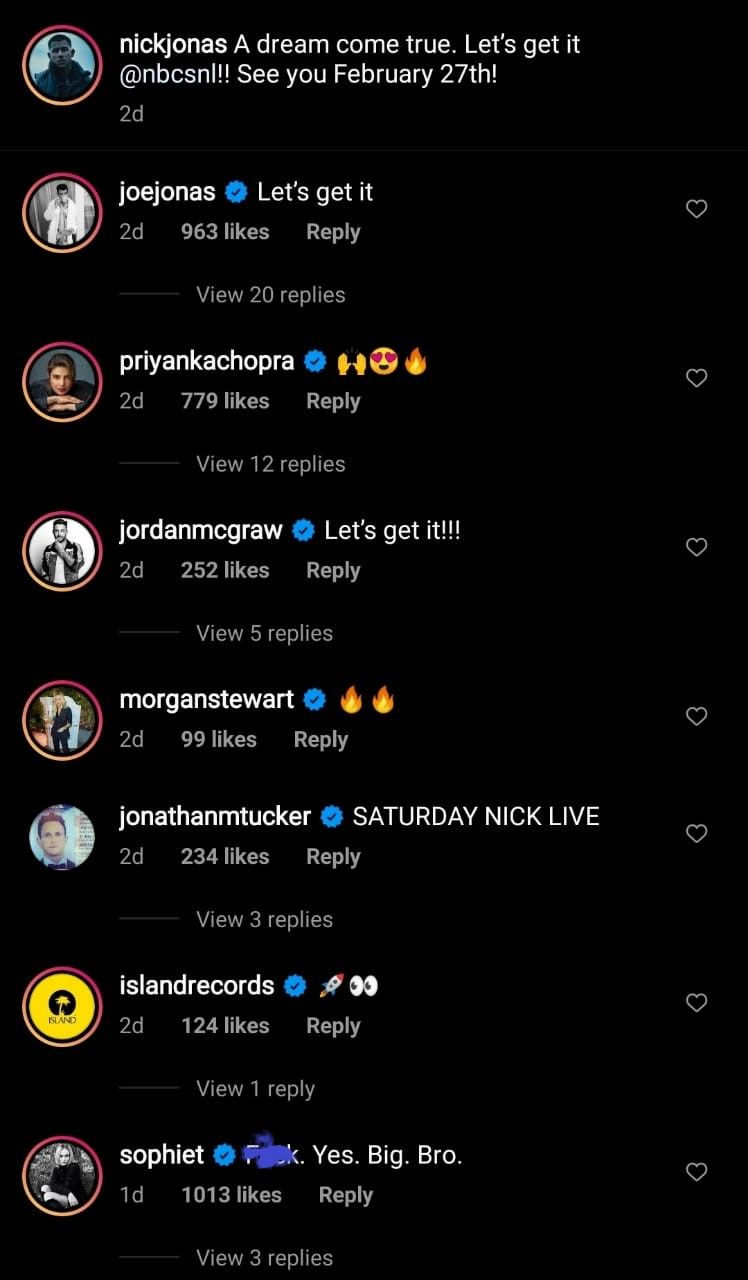 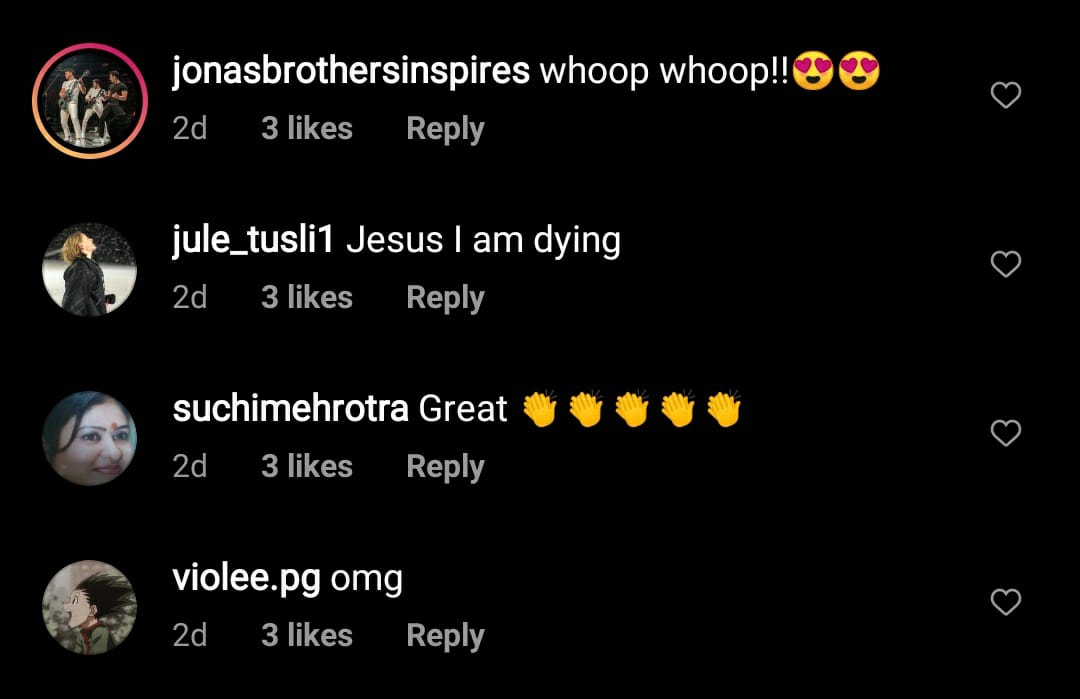 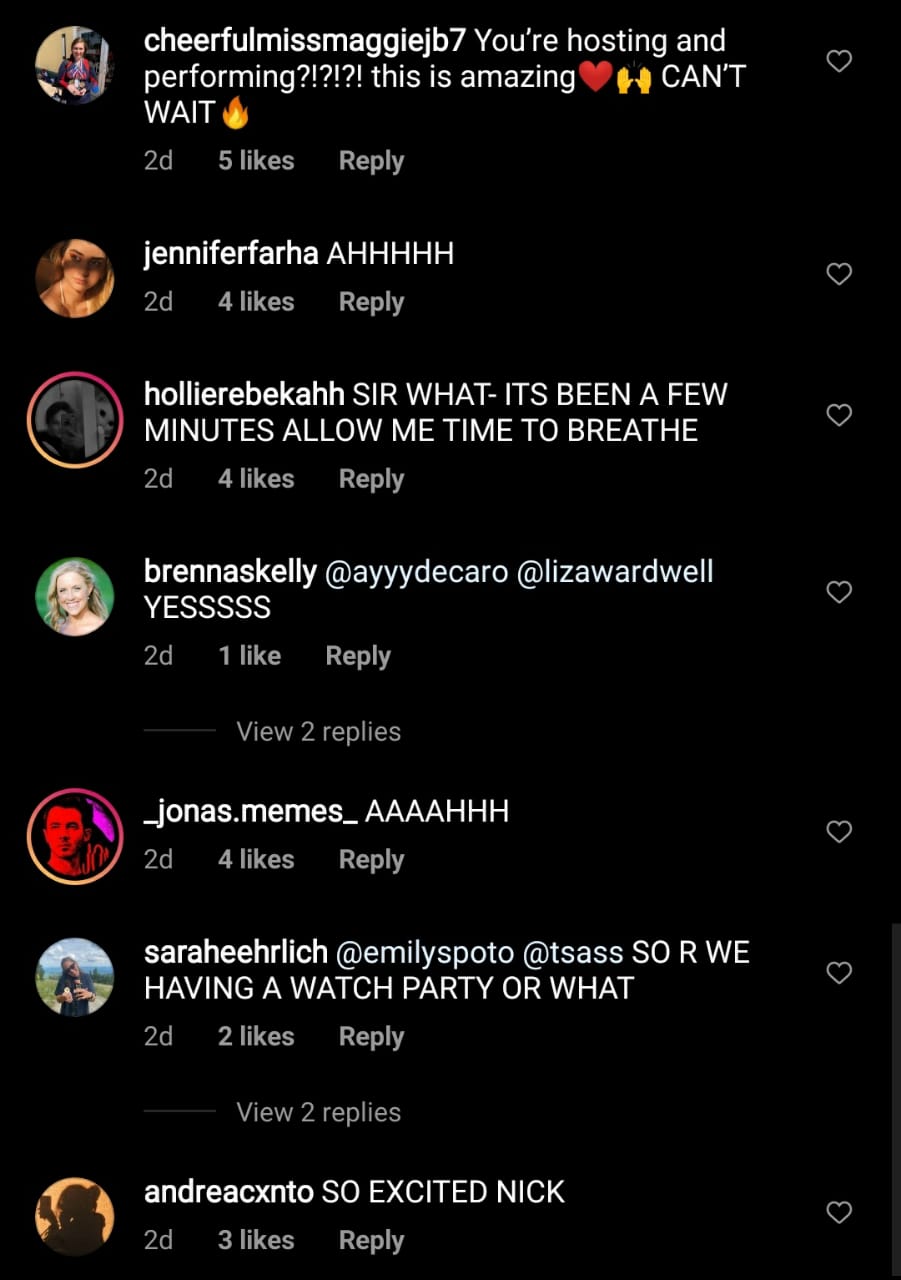 Is the Jonas Brothers union breaking up?

Nick Jonas' new song Spacewalker is set to release on February 25, just two days before his next appearance on SNL where the star will most likely perform his new single. Nick Jonas' SNL appearance seems to have earned him some brownie points with his wife Priyanka Chopra Jonas as well. Nick shared another post after his announcement, showing the decorations in celebration of him bagging SNL seemingly arranged by Mrs Chopra-Jonas, who is currently in London shooting for her upcoming tv show. Take a look at the post below.