Rihanna Teases A New Album On Her Instagram And Fans Are All WORKed Up!

Rihanna posted a video on her Instagram that gives a hint of what could possibly be her next album. This had the fans and celebrities in a complete frenzy

Rihanna is completely capable of breaking the internet with a single post. The singer posted a hilarious video on Instagram, which not only tickled the funny bones of her fans but also gave them something to start the new year with. Rihanna's post hints a new album after four long years!

Here is what Rihanna posted:

Rihanna posted a video of a dog dancing its heart out to the tunes of Jump Around. The song is by the American hip hop trio of House of Pain. In the caption, Rihanna gave an update to her fans. She wrote:

update: me listening to R9 by myself and refusing to release it

Fans are freaking out with the assumption that R9 is the supposed name of Rihanna's next album. Comments started flooding in as fans and celebrities alike commented on the post. Fashion designer Jeremy Scott called her 'YOU TEASE'! Vanessa Vanjie Mateo from Rupaul's Drag Race also commented saying, "SHADDDYYY!!! LOLOLOL omg I live". Model Lyubomir Dochev asked Rihanna to make the album a Christmas gift for all her fans. 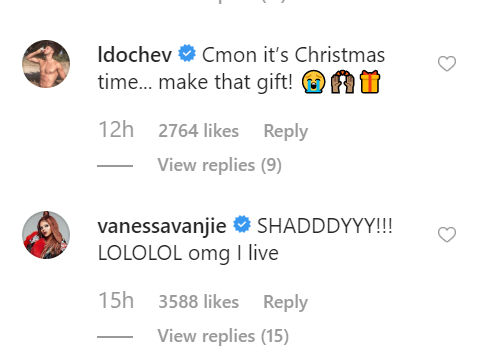 ALSO READ | Rihanna Pulls Off A Soccer Shaped Bag At A Football Match, Is She Starting A New Trend?

It's been four years since Rihanna's last album was released. Her last album was Anti, which is said to be a critical and commercial success. The song Work scored the position of number-one single in the year 2016.

The singer has been working on her beauty and cosmetics line Fenty beauty. She recently gave a sneak peek of her Savage X Fenty lingerie line by posting a video of herself wearing it and dancing in it on her Instagram.

ALSO READ | Rihanna's Hit Songs That Fans Can Never Get Enough Of; From 'Umbrella' To 'Diamonds'

PEOPLE HAVE PLEDGED SO FAR
Rihanna's outfits are just what you need to take inspiration from
Rihanna pulls off a soccer shaped bag at a football match, is she starting a new trend?
Rihanna glows in golden during promotions of her cosmetic brand Fenty
Rihanna's hit songs that fans can never get enough of; from 'Umbrella' to 'Diamonds'
When Helena Bonham Carter revealed she had never been to Met Gala & Rihanna told her why
New Pharrell song ‘Virginia’ to be featured in ad campaign
Justin Bieber and other highly successful pop music artists; check out the list
Niall Horan turns weatherboy to announce the tracklist for new album 'Heartbreak Weather'
DO NOT MISS
AZAD: 'WILL PAY FOR EVERY CRIME'
YOGI, RUPANI SNUBBED AFTER KEJRIWAL
CONGRESS QUESTIONS SENA ON CAA-NPR
SISTER LUCY LAUDS VICTIM'S COURAGE
HRITHIK & FAMILY'S MAHASHIVRATRI
PM MODI ON GENDER JUSTICE