Tiger Shroff recently shared a picture of him on Instagram. It is a still from his upcoming debut song 'Unbelievable'. Take a look at the actor's photo.

Tiger Shroff recently took to Instagram to share a picture of himself. The actor shared a still from his upcoming debut song Unbelievable. He shared a close-up shot where he was seen posing with an intense facial expression for the picture. He was seen donning a messy look with an ungroomed beard and hair. He posted the picture with the release date of his song. He wrote, “#YouAreUnbelievable #22ndSept ðŸ“¸ @shariquealy”. 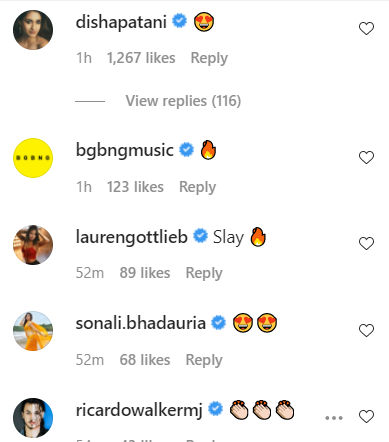 Also Read| 'Whistle Baja' to 'The Puppy Song', a look at all Tiger Shroff's songs by Raftaar

In the recent past, Tiger Shroff shared the teaser of his first debut song Unbelievable. In the teaser, a monochrome frame is set in which he is seen holding a mic as he softly shakes a leg while singing a song. The song's music can be heard in the background of the video. In the video, he can be seen donning a formal look with a shirt, tie and trousers.

Tiger Shroff's look is completed with a pair of sunglasses. He shared the video with the caption, "Hey guys here’s the teaser of my first song, hope you guys like it ðŸ˜Š and just want to say that #YouAreUnbelievable. â¤ï¸ #UnbelievableTeaser".  The track has been penned by Avitesh and DJ Mayne. The song has been directed by Punit Malhotra. Unbelievable will be presented by Big Bang Music.

Tiger Shroff earlier shared a motion poster for the track that saw him donning a white shirt along with a tie. The actor also put on a pair of reflectors. Soothing music could be heard in the backdrop of the same. Unbelievable will be presented by Big Bang Music. Sharing the poster, the actor also wrote, "Spent a lot of time exploring and working this lockdown and discovered something new. Its been an ‘unbelievable’ experience, and I’m excited to share this humble effort with you soon." Ayesha Shroff, Disha Patani, Punit Malhotra praised Tiger Shroff and showed excitement for his song.