What Happened To KingFace? Here's What That Lead To The Rapper's Death

American Rapper and conservative Trump supporter KingFace is dead at 38. Read on to know what happened to the rapper that caused his death.

Fans of KingFace aka Larry Henry are mourning the sudden demise of the star. The 38-year-old rapper and social media star was known for being a conservative and Donald Trump supporter. The news about the rapper’s death was revealed by his friend and fellow conservative activist Rob Smith. Many fans on Twitter expressed their grief and are mourning the loss of the rapper. Read on to find out, “What happened to KingFace?”

Read | Lil Wayne's net worth: Apart from his songs, here's how the rapper earns his millions

Rob Smith, the conservative activist confirmed KingFace’s death in a Facebook post. In his post, Smith referred to KingFace as being “a really deep, intellectual” and “kind” man. Another fellow conservative Rapper Bryson Gray, posted a tweet after the rapper’s death saying, “RIP TO KING FACE. One of the most real people I’ve ever met. He was the first person in the MAGA movement to post my music on Instagram. His video is the reason I bought the ‘Big MAGA hat’. He was the first person to let me perform with him during blexit. RIP.”

Read | What happened to YNW Melly? Find out if the rapper got death penalty

A friend of the 38-year-old Rapper, Stefan Urquelle took to the rapper’s Instagram handle and posted a video in August 2020. The video revealed that the KingFace was in a coma following a kidney infection that spread throughout his body. Urquelle further revealed that it was the rapper’s wish that his medical issues were kept private.

Bryson Gray also talked about KingFace’s health on August 26. He revealed that his friend was “currently fighting for his life.” Gray further revealed that KingFace had been in a coma since July 2020. In August, a GoFundMe page was set up where fans could donate money to help KingFace’s wife,  Marion Krouser, cover his medical expenses. What the rapper was suffering from was not yet revealed. The fundraising page said KingFace was being treated in the intensive care unit of “one of the best hospitals” in New York City. Within merely few days, the page had garnered over $80,000.

KingFace is currently in the ICU. The go fund me is on @IWashington page. He has been in a coma since July. He needs our prayer. He needs our support.

As the Rapper’s friend Stefan Urquelle revealed, KingFace was suffering from a kidney infection which had spent throughout his body. However, following the rapper’s demise on Sept 29, some shocking claims have surfaced. Although the official cause of his death has not been revealed to the public, one of KingFace’s ex-girlfriends has come forward making shocking claims about the late rapper. 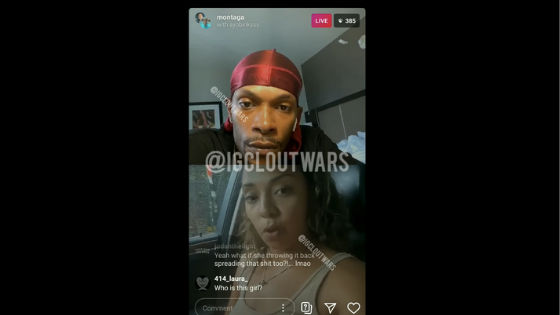 In a scandalous Instagram Live, the rapper’s alleged ex-girlfriend talked to Instagram star Tony Montana. The video has been uploaded to the YouTube channel Clout Wars. In the video, the rapper’s ex revealed that KingFace had been suffering from HIV for several years and had reportedly knowingly spread the virus to multiple women by having unprotected sex, including herself.

KinFace’s ex-girlfriend whose Instagram username is ‘ayobinksss’ stated that she had witnessed the Rapper’s health deteriorating in the past year. He would often wake up coughing and was fatigued most of the times. She revealed that the Rapper was in constant pain throughout last year as the virus had weakened his body.

She also stated that she had also started showing symptoms for HIV in March 2020 and by June she tested positive for the virus, while still being in a monogamous relationship with the rapper. In life, the rapper’s ex also stated that she had come in contact with many women who claimed to have contracted the virus from KingFace. However, the rapper’s fans are constantly defending him against all such claims.

WE RECOMMEND
3 months ago
What happened to KingFace? Is the Instagram Influencer hospitalised? Find out
3 months ago
Facebook unveils new shopping tab; Instagram waives checkout fee for a year