Actor Balu Varghese tied the knot to actor-model Aileena Amon in a private ceremony on February 02, 2020. Here are some pictures from Balu Varghese's wedding. 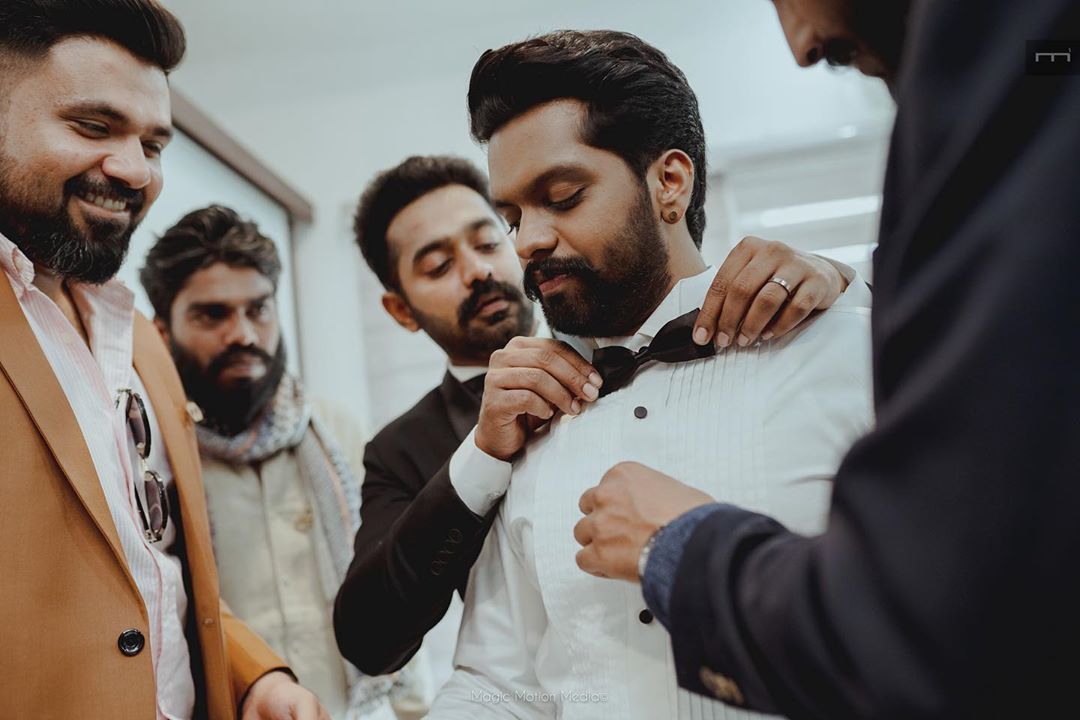 The wedding that was a starry affair, saw the attendance of Mollywood celebrities like Asif Ali, Ganapathy, and Jean-Paul Lal, Lal, Arjun Ashokan, among others. According to the reports, the grand wedding was followed by a lavish reception at Vallarpadam, Kochi.

The newlywed Balu Varghese and Aileena Amon reportedly met during the shooting of Jis Joy's Vijay Superum Pournamiyum. The movie, starring Asif Ali and Aishwarya Lekshmi in the lead, catapulted the love story of Balu and Aileena. According to reports, the couple dated for a few months, after which Balu proposed Aileena in the presence of their families. The couple, who got engaged in January 2020, decided to take the plunge last December with the blessing of their families.

Balu Varghese shot to fame with his role in Lal Jr's Honey Bee (2013). The movie, starring Asif Ali and Bhavana in the lead, helped establish Balu Varghese. In a short span, the actor has starred in movies like Hi I'm Tony (2014), King Liar (2016), Chunkzz (2017), Happy Sardar (2019), among others. Meanwhile, Aileena Amon is reported to be a popular model, who has been the cover girl for many reputed magazines.