Aditi Rao Hydari took to IG & shared a video with her makeup artist, Kyana Emmot. In the video, the duo can be seen nailing their Booty Ups Challenge.

On March 5, 2021, Aditi Rao Hydari took to her official Instagram handle and shared a video featuring herself and her makeup and hairstylist, Kyana Emmot. In the video, Aditi can be seen doing butt-ups with Kyana in her vanity vans. Aditi flashed her bright smile before Kyana picked her up for doing the deadlift. In the caption, Aditi informed her fans that the video comes as she accepted the ‘Booty Ups Challenge’.

In the picture, one can see Aditi sported a blue coloured jumpsuit. She accessorised her look with a brown belt and a pair of diamond earrings. She went for minimal makeup and kept her naturally wavy hair open. As for the caption, she wrote, “Dead lifts ft. @kyana.emmot. ‘#ShootDiaries’, ‘VanityVanDiaries, ‘#BootyUps Challenge’”.

As soon as Aditi Rao Hydari's video was up on the internet, many of her fans rushed to drop positive comments and compliment the actor. A fan commented, “Sorry..but its way too sexy..” with a pair of fire emoticons.  Another fan wrote, “So nice”. A netizen commented, “How amazing does @kyana.emmot look!!!” with red hearts. Several of them called her ‘crazy’, while a few others dropped ‘cute’ and ‘super’ in their comments. 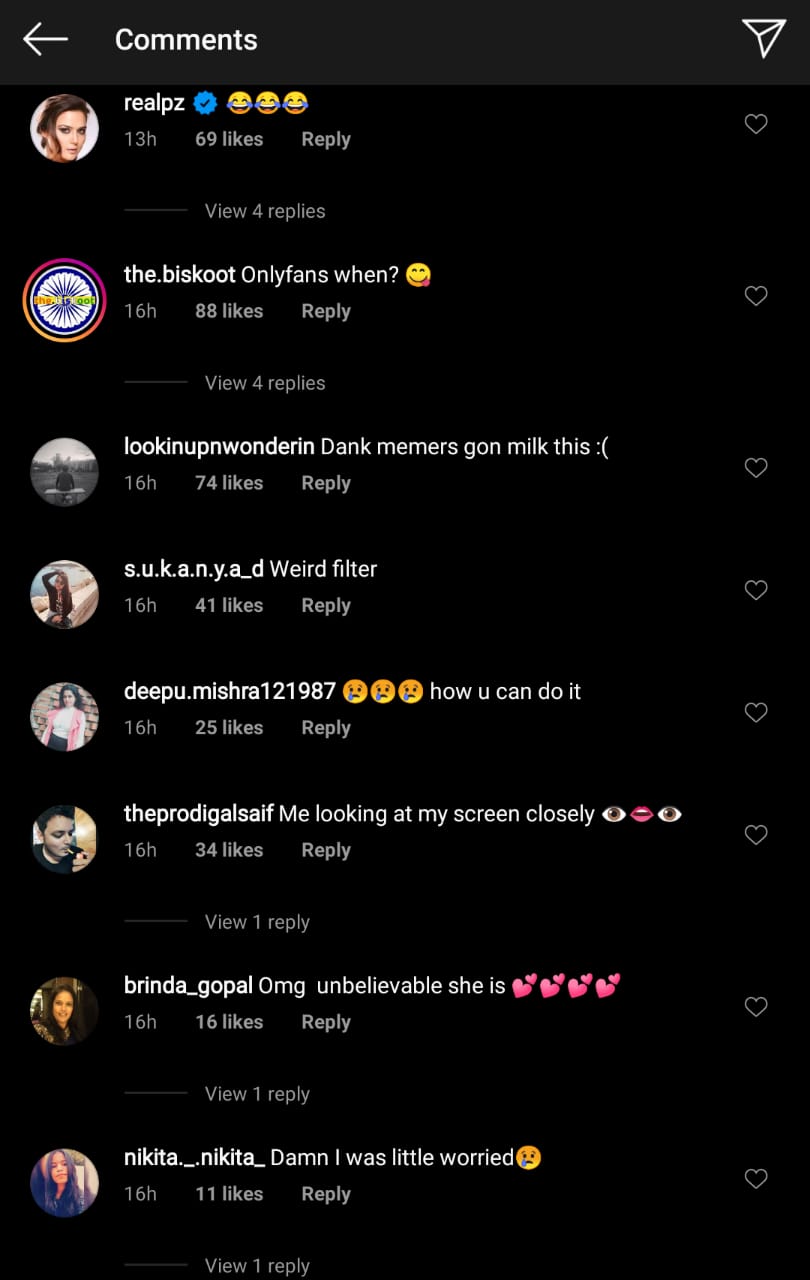 Aditi Rao Hydari is an active Instagram user as she constantly treats her fans and followers with snippets from her personal as well as professional life. On March 4, 2020, she shared a snap from her upcoming anthology drama, Ajeeb Dastaans. One can see her feeding Konkana Sen with food brought in a silver tiffin. Aditi sported a blue coloured saree and minimal makeup. She kept her straight hair open. Konkana Sen is dressed in navy blue attire, which looks like a prisoners outfit. In the still picture, Aditi flashed her faded smile while feeding Konkana. As for the caption, she penned, “’#AjeebDastaans’ Relationships… Raw and real. Coming soon on @netflix_in” with a white heart.

Dia Mirza commented, “Woohoo” with red heart, while Patralekhaa, too, dropped a pair of red hearts in the comments section. Many of her fans expressed their excitement for the upcoming anthology drama. A fan complimenting her, wrote, “You never fail to amaze me”. Another one simply called her ‘gorgeous’ and dropped a red heart. A user commented, “Woow Aditi Rao Hydari soo gorgeous. This one is unexpected” with a fire emoji.

Also read: Aditi Rao Hydari Uses Surname Of Both Her Parents; Here's Why