Amitabh Bachchan's letter to Swatilekha Sengupta on 'Belaseshe' is one of the most prized possessions that she owns. Look at what she said as the film turns 5.

Belaseshe has been one of the most critically acclaimed films of all time that has stayed alive with even the non-Bengali audience. As the film celebrates five years since its release, actor Swatilekha Sengupta revealed that one of the most prized possessions that she owns is a letter from Amitabh Bachchan where he praised Belaseshe and her performance in it. She was of the opinion that being praised by such a veteran actor was like a dream come true.

Amitabh Bachchan has time and again made the people in the film fraternity happy by writing them letters whenever he found somebody’s work impactful. Belaseshe was one of the films which had people around the country praising its plot and execution. Actor Swatilekha Sengupta recently spoke about how dear the letter that she received from Amitabh Bachchan has been to her.

I had always been a fan of Mr Bachchan and wanted to meet him, but never got any such chance to interact with him. I was elated when I heard that Mr Bachchan liked my performance in 'Belaseshe'. The note sent by him is one of my prized possessions in life. Getting appreciated by such a veteran film personality would be an actor's dream

Belaseshe has a special place in my heart. It was after 30 years that I shared the screen with Soumitrada. And also, getting directed by someone who was once your student is a great feeling indeed. 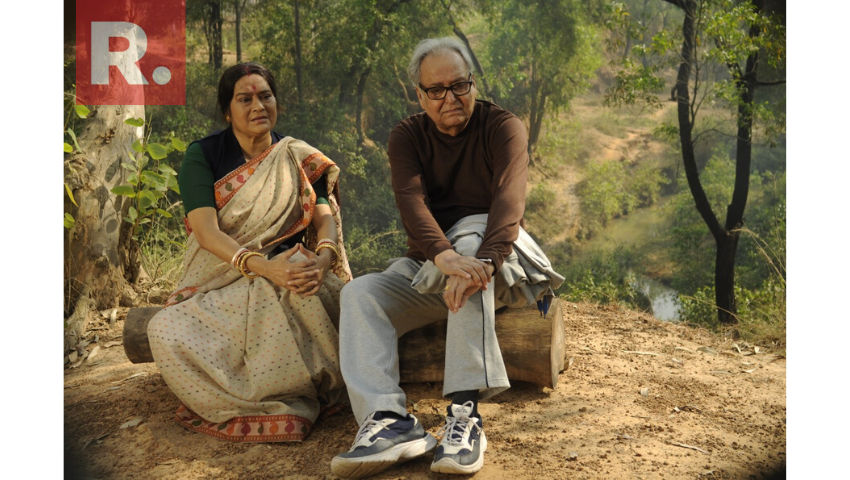 Belaseshe was a family drama film released in the year 2015. The plot of this film revolved around marriages and life-long companionship. It talked about how people are bound to change and some of these effects on marriage are a force of nature. The film was jointly directed by Shiboprosad Mukherjee and Nandita Roy, who also contributed to the story of the film. Belaseshe starred actors like Soumitra Chatterjee, Swatilekha Sengupta, Aparajita Adhya, and Rituparna Sengupta amongst others. The film was critically acclaimed and it also has an IMDb rating of 8.5 out of 10.

PEOPLE HAVE PLEDGED SO FAR
LATEST NEWS
View all
6 hours ago
Tovino thomas shares an angry post on the destruction of 'minal murali' sets
6 hours ago
Mrinmayee godbole, lalit celebrate 3 years of 'chi va chi sau ka' with a covid-19 message
5 hours ago
Nithiin eager on getting keerthy suresh on board for the telugu remake of 'andhadhun'?
5 hours ago
Kollywood brings its first only for theater movie to tackle ott platform's threat
9 hours ago
Dulquer salmaan, keerthi suresh, mahesh babu, other south indian stars wish fans on eid