Who Is Dil Raju's Wife Tejaswini? Here's All We Know About Her

South Indian director, Dil Raju married for the second time in a low-key ceremony at Nizamabad. Read on to know more in details about who is Dil raju's wife.

Dil Raju, the 49-year old, famous South Indian director got married tied the knot with Tejaswini in a low-key ceremony on Sunday, May 10, 2020. Due to the COVID-19 lockdown, only close family members and friends were a part of the ceremony which took place in a temple at Nizamabad. Netizens are curious about the woman he has married. Here are everything fans would like to know about Dil Raju's wife Tejaswini.

Dil Raju's second wife, Tejaswini was reportedly an air-hostess at Shamshabad airport. However, this piece of information is not yet confirmed. Dil Raju seems to be very protective of his wife's personal details but it is said she 31 years of age.

It is also revealed that Dil Raju's wife, Tejaswini has changed her name to Vygha Reddy. This seems to have been done at the request of Dil Raju's daughter, Hansitha Reddy who was also present during the wedding. But the reason for this is still unknown. 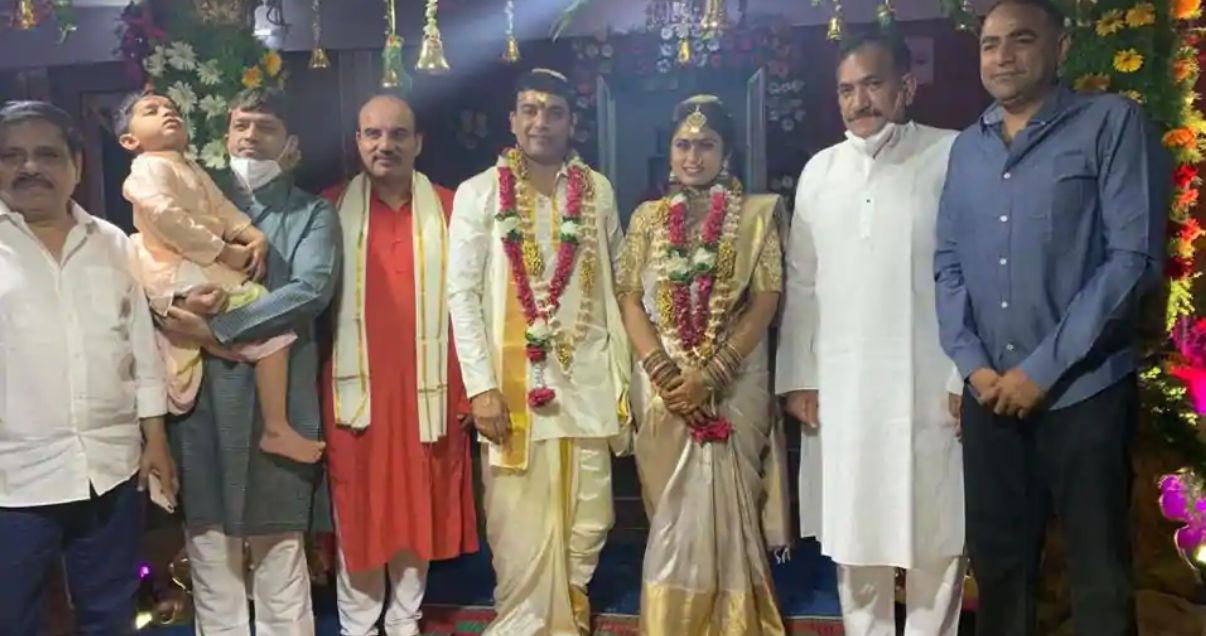 Dil Raju's first wife, Anitha passed away in 2017 due to cardiac arrest. It is being said that Dil Raju's daughter played matchmaker for her father and Tejaswini due to her father's loneliness. Hansitha is his daughter from his first wife and she is currently pregnant with her second child.

Dil Raju himself shared the news on his social media. His friends from the industry also congratulated him on the occasion. Take a look:

PEOPLE HAVE PLEDGED SO FAR
LATEST NEWS
View all
8 hours ago
Aadesh Bandekar's 'Home Minister' to be filmed from home? Read details
3 hours ago
'Drishyam 2' director Jeethu says theatre experience will regain momentum post COVID
4 hours ago
Samantha Akkineni & Naga Chaitanya's throwback pic from Ibiza will give you vacay goals
5 hours ago
Prithviraj tests negative for coronavirus after returning from Jordan
7 hours ago
Vijay Deverakonda reveals that he had struggled to pay rent before becoming a star