Photographer Daboo Ratnani shared a video on his social media handle, in which he revealed that Kiara Advani and he are all set to break the internet again.

Fashion photographer Daboo Ratnani has once again joined hands with Bollywood actor Kiara Advani to break the internet. On January 13, Daboo Ratnani took to his social media handle and shared a short video on his wall, featuring Kiara Advani. The duo was presumably at the location of the photoshoot as Ratnani mentioned about it at the start of the video. As the video started, Daboo told his followers that he has started the photo shoot for his 2021 calendar.

Later, Kiara joined him from behind and greeted fans. In the video, Kiara was seen expressing her excitement and also shared what she is expecting from the year 2021. After that, Daboo and Kiara urged fans to watch out the former's 2021 calendar. As the video came to its end, Daboo quipped that they are back to break the internet again. Meanwhile, Kiara gave a dramatic playful reaction to Daboos remark. In the caption, Daboo mentioned that they are shooting at JW Marriott Juhu, Mumbai. Scroll down to watch the video.

Interestingly, within a few hours, the video managed to garner more than 23k views; and is still counting. Meanwhile, many from his 1.8M Instagram followers flooded the comments section with red-heart and heart-eye emoticons. On the other hand, a section of fans proclaimed that they are excited about the duo's alliance. A fan wrote, "Eagerly waiting" while another added, "Break the internet", along with a fire emoticon. 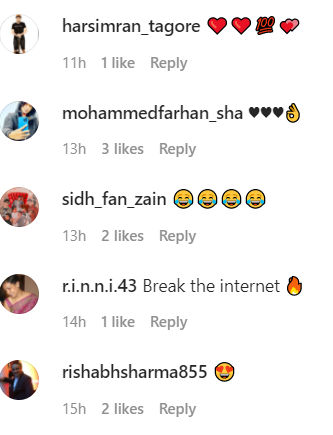 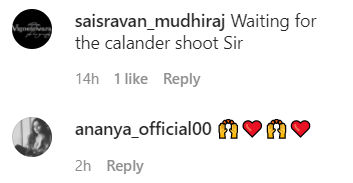 Interestingly, the Kabir Singh actor, who recently landed back in the city after a mini-vacation in the Maldives, also shared a BTS picture on her Instagram handle. For the picture-post, Advani used a filter. The actor was seen clad in a peach ruffled dress as she stood near a pillar and posed for the photo. Later, she also shared a selfie, feat Daboo Ratnani, on the story session of her social media handle.

As soon as Kiara shared this picture, it received an overwhelming response from her fans. On teh other hand, Ratnani also dropped a comment, which read, "Absolutely Stunning shoot today".