Malayalam actor Jyothirmayi has been quiet and away from social media since the time of her wedding with director and cinematographer Amal Neerad. But Amal has made sure that her fans are updated with their favourite's life. Amal's recent post has sent all the fans of Jyothirmayi in shock as it reveals that the actor with a shaven head during the Coronavirus lockdown.

Amal Neerad took to his Instagram to share a picture Jyothirmayi where she can be seen posing for the camera with her latest look. The actor has shaven her head and took a bald look. Her beautiful smile makes her new style looks stunning and wonderful.

Fans were seemingly curious as to why Jyothirmayi took the decision of shaving off her hair during the coronavirus lockdown. Many commented with hearts and fire emojis, indicating that they like the new look. Celebrities like Rima Kallingal, Srinda and Nazriya also approved of her look. 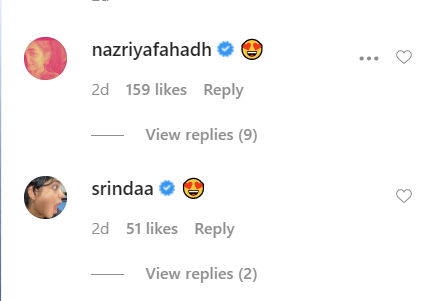 Jyothirmayi started her career first as a model. She then made her acting debut in the Malayalam film Pilots. After that, she was a part of many Malayalam, Tamil and Telugu films as well. She was also seen in movies like Periyar and Kerala Cafe. She was earlier married to Nishanth Kumar, but two decided to go their separate ways. She later married to Amal Neerad in 2015.