Recently, Pooja Hegde took to her Instagram and recalled the old times with a throwback video. She is seen rehearsing dance & fans can't stop praising her.

Actor Pooja Hegde has left a lasting impression on the audience and fans with her graceful performances in Mohanja-Daro. Though the second venture of the actor, Housefull 4, received a mixed response from the critics, Pooja managed to grab the attention of fans in the film. Recently, revisiting her shoot days on the sets of Housefull 4, she shared a rehearsal video, and her fans are going gaga over her dancing skills.

Interestingly, Pooja Hegde took to her social media handle and posted a throwback video on her wall. In the video, she is seen performing stunning dance moves. The actor sporting a casual look for the rehearsal wore a gym pant paired with a black-top. Instagramming the video, she wrote a caption that read, 'Back when song rehearsal was a thing I did....the workaholic in me is missing all this.... #housefull4 #majormissing'.

Her friend and co-star Akhil Akkineni praised her and left a note that read, 'Wah wah !!!!', in the comments section. Apart from him many of her fans and followers flooded the comments section with fire and heart emoticons. One of the users wrote, 'Omggg u are a great dancer' while another added and said, 'Wow Queen Pooja putting the work in to make her moves more Lit. Cool Throwback.' 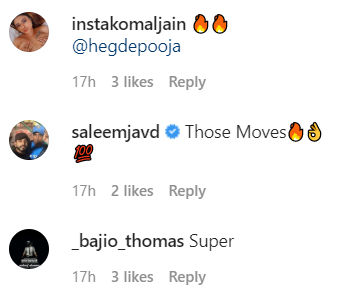 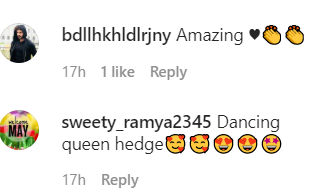 The hard work and efforts of the 29-year-od actor are quite evident as she has often shared the BTS pictures and video from her shoots. After the release of Housefull 4 in October 2019, the actor shared a BTS video, in which she shot a fight sequence for the comedy flick. Her fans and followers loved her performance and showered love in the comments box.

Talking about the professional front, she was last seen in Allu Arjun and Tabu starrer Ala Vaikunthapurramuloo. The film received a positive response from the critics as well as the audience. She will soon collaborate with Baahubali star Prabhas for her next venture, titled Jaan. The star cast has already shot a portion of the film but due to the COVID-19 outbreak, the team landed back to India in March 2020. The film is temporarily titled Prabhas 2.0. Apart from this, it is reported that she will play a pivotal role in Salman Khan's upcoming film, Kabhi Eid Kabhi Diwali.

PEOPLE HAVE PLEDGED SO FAR
LATEST NEWS
View all
18 hours ago
'Betaal' review: Marathi actor Priyadarshan Jadhav is all praises for the show's cast
16 hours ago
Sasikumar reveals he wishes to direct Thalapathy Vijay in a big-budgeted period drama soon
1 hour ago
'The Lion King' song Can You Feel the Love Tonight gets new version: Read details
14 hours ago
Jyotika and Suriya's net worth will make your jaws drop & will prove their superstardom
1 hour ago
Reel life villain to real life hero: Facts about Sonu Sood fans probably didn’t know