Rashmika Mandanna is all geared up for her upcoming film Sulthan. On February 11, Rashmika took to Instagram to share a picture of her from Sulthan.

Rashmika Mandanna is all geared up for her upcoming film Sulthan. The film is directed by Bakkiyaraj Kannan and stars Rashmika Mandanna and Karthi in the lead roles. It is scheduled to release on April 2, 2021. On February 11, Rashmika took to Instagram to share a picture of her from the sets of Sulthan. Fans are quite excited for the release of the film and expressed it in the comments section. Read ahead to know more about Rashmika Mandanna's Instagram post.

In the post, Rashmika can be seen in a red and cream saree as she flashed a beautiful smile towards the camera. She added jhumkkas and bangles, and a nose ring to her look. Her front hair was tied and she opted for minimum makeup. She captioned her post by simply writing, “#sulthan.” Take a look at the post and how her fans and followers reacted to it. . 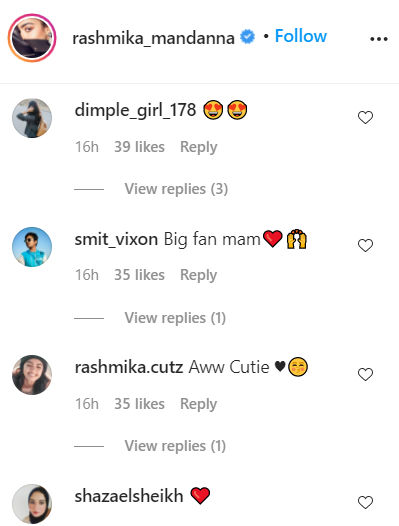 Also read: Rashmika Mandanna Asked If She Gets 2 Crores Per Film, She Denies With A Sarcastic Answer

Sulthan will mark Rashmika’s debut in Tamil Cinema. Apart from Rashmika and Karthi, the film will also star Napoleon, Lal, Yogi Babu and Ramachandran Raju in pivotal roles. The teaser of the film released on February 1. The announcement was made my Karthi on Twitter. Talking about the film, he wrote saying that Sulthan was an honest effort to bring a complete family entertainer with humour, romance, action and strong man to man relationship. Fans didn’t get to see much of Rashmika Mandanna in the teaser and are eagerly waiting to watch the duo on the big screen.

#Sulthan, a honest effort to bring a complete family entertainer with humor, romance, action & strong man to man relationship. Hope you all like it ðŸ‘ŠðŸ¼#SulthanTeaser- https://t.co/fkFTku1MxV@iamRashmika @iYogiBabu @Bakkiyaraj_k @iamviveksiva @MervinJSolomon#SulthanFromApril2 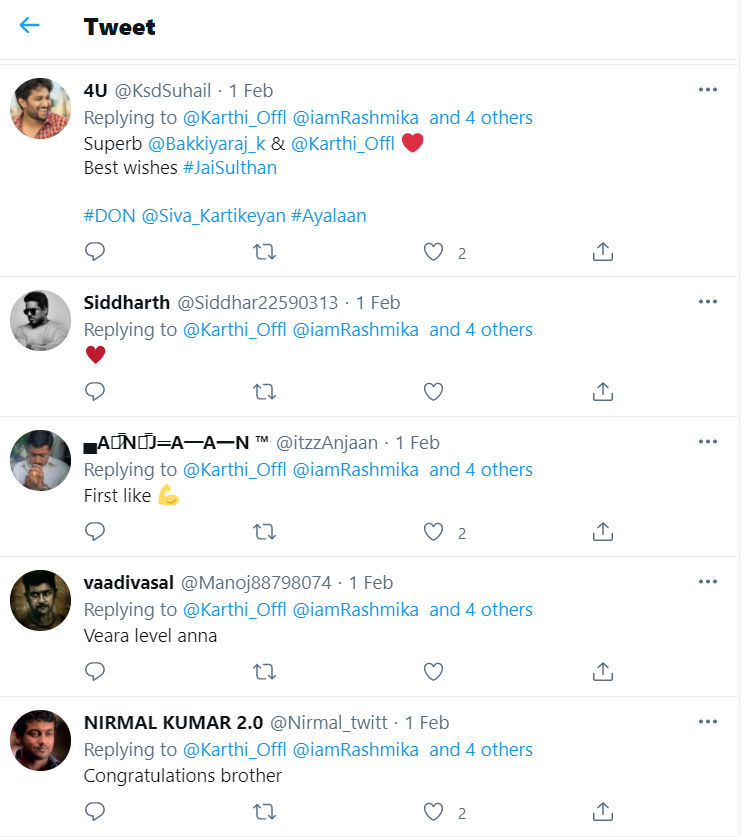 Rashmika is about to mark her Bollywood debut with the film Mission Majnu. The film stars Sidharth Malhotra in the lead and is directed by Shantanu Bagchi. The actors started shooting for the film on February 11. Rashmika shared a post with Sidharth by her side. They were seen holding the script in their hands. While Rashmika was seen sporting a green salwar kameez, and Sidharth was seen in a grey kurta-pyjama with a brown coat. She captioned her post saying “Ahhhh... I sooooo can’t wait to join my team. Let the mission start!!! #MissionMajnu.”