Rashmika Mandanna is on a holiday spree and is currently enjoying her stay in Goa with her best friends. Click here to see her stunning vacay pictures.

Rashmika Mandanna has a huge fan following on Instagram. The popular actor has been a part of several hit films in the South Indian film industry for a while now, and is quite active on the platform as she keeps her fans updated with her latest posts and videos. Recently, Rashmika took to Instagram to share pictures from her recent Goa trip with her girlfriends. See her latest holiday pics from Goa.

Rashmika Mandanna gave fans major holiday goals by sharing glimpses of her vacation in her Instagram stories. In the video, Rashmika along with the girls can be seen enjoying the sunset by a beautiful beach in Goa. Earlier too she had posted several pictures, giving fans a glimpse of her beach vacation. Rashmika Mandanna's Instagram is filled with her pictures smiling and striking goofy poses while clicking a selfie. 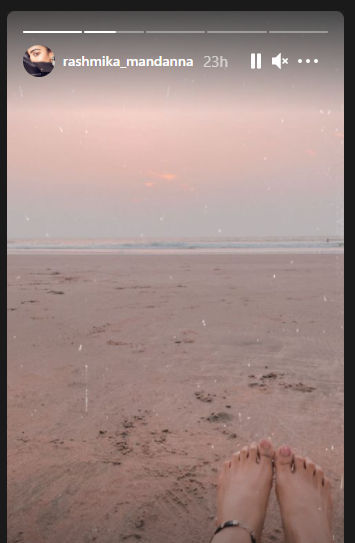 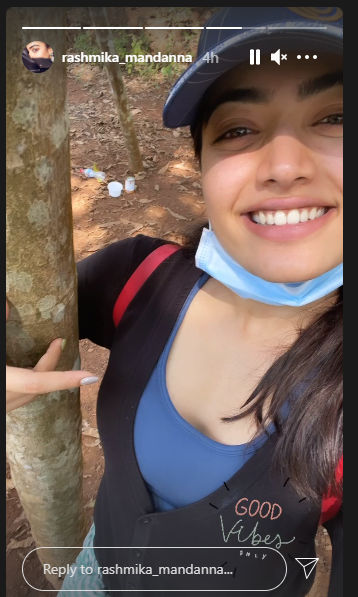 Rashmika Mandanna's Instagram has a massive fan following with close to 12 million followers on Instagram. She is one of the popular and highest-paid actresses in Tollywood.

On the work front, Rashmika Mandanna is set to make her Bollywood debut soon. She will be seen alongside Sidharth Malhotra in an upcoming spy thriller titled 'Mission Majnu'. She has also completed the shooting of her Tamil debut film 'Santhal'. She will also be seen alongside Allu Arjun for the first time in his next film that will release this year. There are talks that she will soon be seen with Amitabh Bachchan in Vikas Bahl's next. Down South, Rashmika Mandanna has been a part of several hit films which were commercially successful as well as critically acclaimed. Her hit films include Bheeshma, Dear Comrade, Yajamana, Geetha Govindam among many others.