Sridevi, a veteran actor, essayed the role of South superstar Rajinikanth in a Tamil film, at the age of 13. Take a look and read more riveting facts.

Veteran actor Sridevi was unarguably one of the finest actors the country ever had. She not only ruled the Hindi film industry but also featured in various South Indian films. One such movie was the Tamil language film Moondru Mudichu.

When Sridevi played Rajnikanth's step-mother in a movie 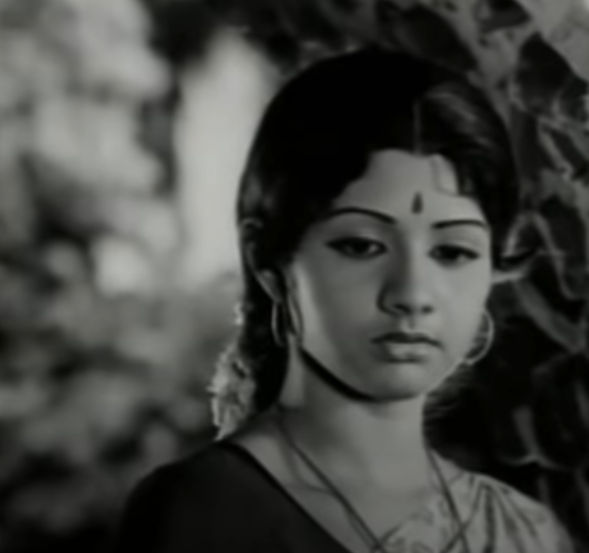 Did you know that Sridevi worked with two South superstars, Rajinikanth and Kamal Haasan, in Moondru Mudichu? Bollywood's Chandni essayed the role of Rajinikanth's stepmother in the black and white drama which released in the year 1976. This film was helmed by celebrated filmmaker K. Balachander.

Read: Sorry, I Will Not Apologize: Rajnikanth Amid Protests Over Controversial Remark On Periyar

It is a lesser-known fact that Sridevi was only 13 years old when she played a stepmother on the silver screen. For a young actor, Sridevi played quite a bold role in the thriller drama. The story of Moondru Mudichu was much ahead of its time. It started as a romantic film which slowly turned into a revenge drama. Robot actor Rajinikanth played the antagonist in the Tamil film. He falls in love with Sridevi in the movie and adores her completely. Sridevi's character in Moondru Mudichu is deeply in love with her boyfriend Kamal Hassan. Even though Kamal and Rajinikanth are friends, Rajini's obsession for Sridevi crosses every line.

Read:'ChaalBaaz' To 'Gair Kaanooni'; List Of Sridevi And Rajinikanth's Hindi Movies Together

When Rajinikanth gets to know about their romantic affairs, he kills Kamal, his friend. Sridevi who never spoke a word against Rajinikanth, plots to seek revenge post her lover's death. She then goes on to marry Rajinikanth's father to torture him mentally. After marriage, Sridevi calls Rajinikanth her son. This behaviour of her destroys Rajinikanth and that's when he realises his mistake and asks for forgiveness.

Read: Janhvi Kapoor Sure Knows How To Carry Soft Wavy Hairstyles With A Lot Of Oomph, See Pics

PEOPLE HAVE PLEDGED SO FAR
LATEST NEWS
View all
17 hours ago
Is trisha's 'narcissistic psychopaths' post a dig at newly-engaged ex-bf rana daggubati?
22 hours ago
Jyotika reveals she wants to work in movies that make her children take pride in her work
2 hours ago
Namrata shirodkar's husband mahesh babu is 'running to perfection' in this workout video
1 hour ago
Times when amruta khanvilkar commented on ranveer singh's photos
4 hours ago
Aishwarya rai bachchan starrer 'ponniyin selvan' to complete the shoot in one go?