Blake Lively was a victim of a major wardrobe malfunction in one of the episodes of Gossip Girl. However, this went entirely unnoticed until now! Read on.

The American television-show, Gossip Girl brought with it a new fashion trend. Blake Lively's character, Serena Van Der Woodsen became the ultimate fashion icon with the trendiest glitter jumpsuits, trench coats and red-carpet worthy outfits. However, not many may have noticed but even Blake Lively's 'very fashionable' Serena also had her moment of a wardrobe malfunction on the sets of Gossip Girl.

A TikTok user recently pointed out a major wardrobe malfunction by Blake Lively's character, Serena Van Der Woodsen while watching Gossip Girl. In season six episode four of Gossip Girl called Portrait of Lady Alexander, Serena met her on-off boyfriend, Dan Humphrey in a restaurant. She was dressed in one of her classic Serena outfits which consisted of a hot pink bodycon dress.

However, while Serena was leaving the restaurant, one can notice a grey tracksuit bottom with drawstrings under the dress. Maybe Blake Lively was feeling cold on sets of Gossip Girl or just wanted to be warm in New York. No one knows why this happened but it was very obvious the tracksuit bottom was not supposed to be seen in the episode. 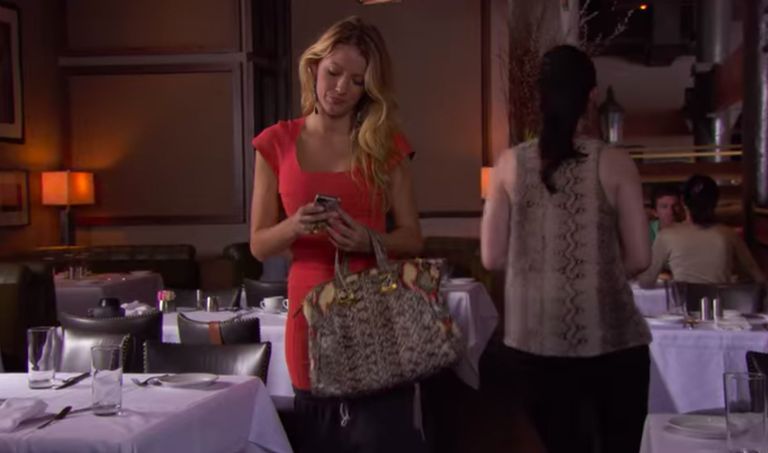 Meanwhile, in other news, Blake Lively trolled herself with her Met Gala outfits. Apparently, the actor's red carpet dress matched the carpet patterns. However, things turned even more hilarious when Gigi Hadid took part in the trolling. In the comments section, Gigi asked Blake, "How far in advance do you have to tell Ana what colour to make the carpet?".  Take a look: 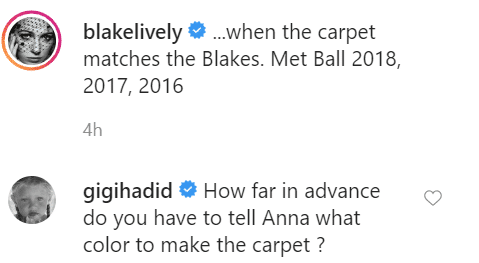 Also Read: Ryan Reynolds And Blake Lively Troll Each Other Over Hairstyles And Birth Control Pills