Aamir Ali Shares A Pic With His 'eternal Valentine' Ayra; Netizens Gush Over Her Cuteness

Indian actor Aamir Ali recently shared an Instagram post with his adorable daughter declaring her his "eternal valentine" and netizens can't get enough.

Aamir Ali's daughter made an adorable appearance on the actor's Instagram handle just one day after Valentine's Day. In the photo, Aamir Ali can be seen holding his daughter as he smiles for the camera while the little one looks surprised at something. Aamir shared the post with the caption, "A part of my heart.. my eternal valentine.. #happyvalentinesday to everyone.. spread #love today n everyday.. #ayraali #jaan". Take a look at the post below.

Aamir Ali's photo with his precious daughter Ayra Ali became quite popular as the actor shared his post. Many of the actor's fans and celebrity friends responded to the post with compliments. Television actors like Maniesh Paul, Jay Bhanushali and Dalljiet Kaur were among the many actors who responded to the post. Actress Dalljiet Kaur even commented wishing Ayra a very happy valentine's day.  Many of Aamir Ali's fans also commented on the post calling Ayra Ali "cute" and "adorable" while wishing her blessings from god. One of his fans even commented saying "Mashallah". Take a look at some of the comments below. 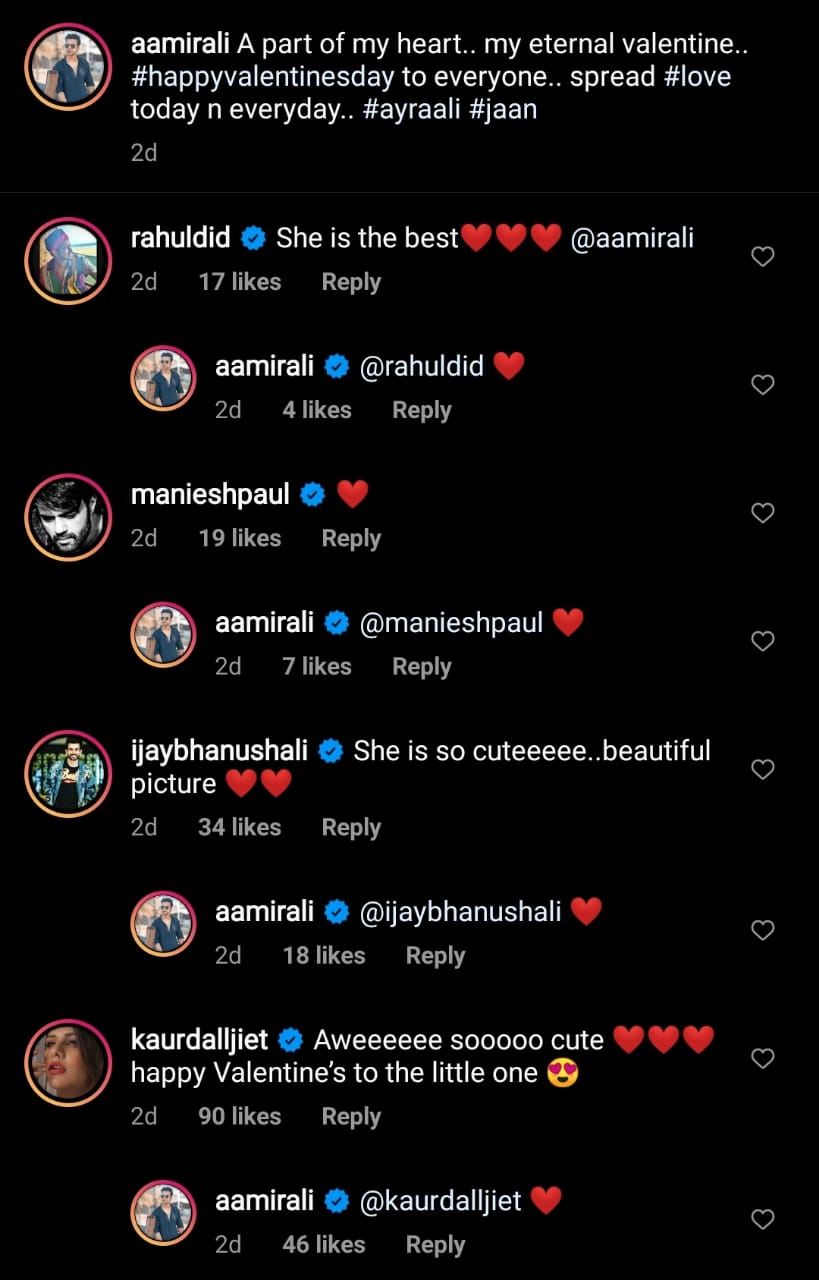 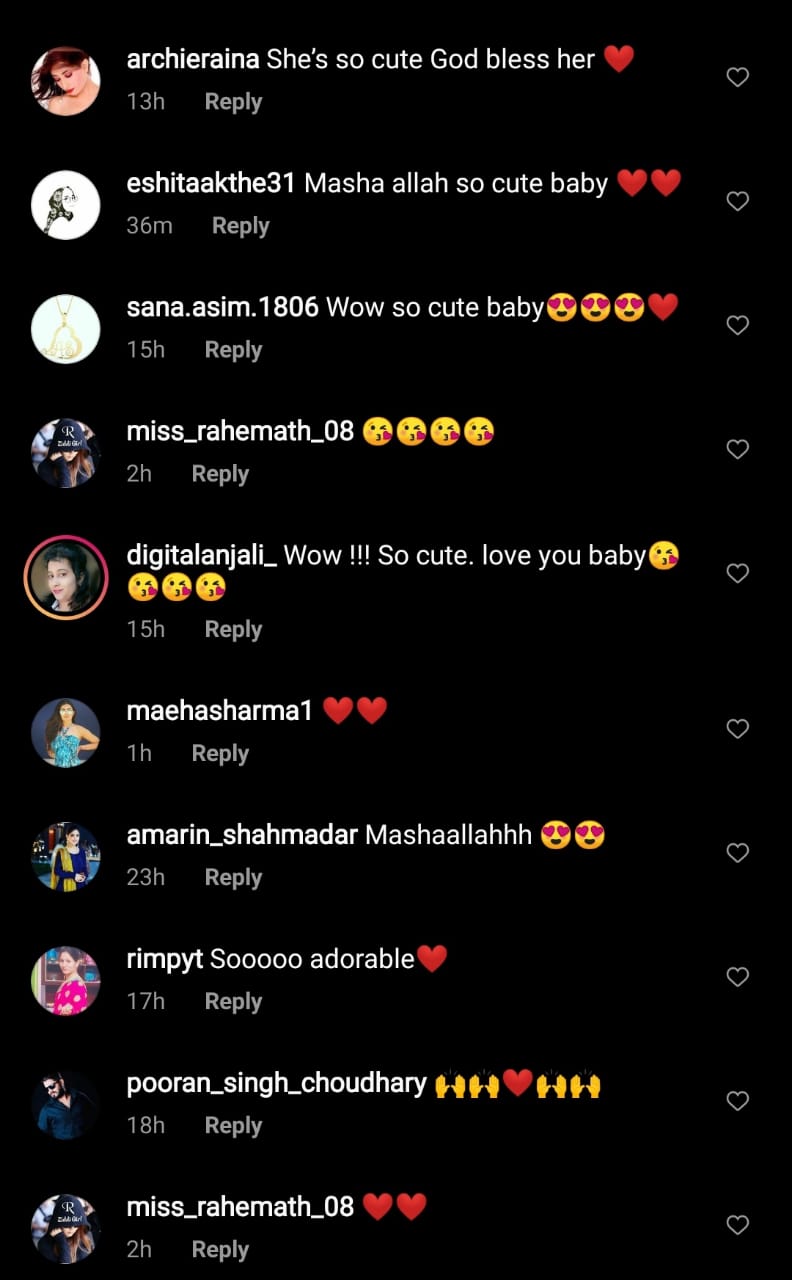 Aamir Ali and Sanjeeda Shaikh tied the knot in 2012 after dating for a long time. The couple opted for surrogacy and announced the birth of their daughter in August 2020. Sanjeeda Shaikh and Aamir Ali took part in the celebrity reality TV dance show, Nach Baliye, and won the 3rd season. The couple also hosted the 4th season of Nach Baliye together. In 2015, the couple also took part in the reality TV show Power Couple which featured 10 popular celebrity couples from across fields, who compete with each other over various challenges. The couple separated from one another in 2020. Take a look at another post about Aamir Ali's daughter, which the actor shared when she started walking, below.

Also read: Elli AvrRam Dances To 'I Like It' In Her New Video, Fans Gush Over Her Moves