Anita Hassanandani and Rohit Reddy are all set to welcome their first child in February 2021. The couple shared the BTS videos from their pregnancy shoot.

While an unborn baby's kick is a really special moment for a mother, it was made extra special for actor Anita Hassanandani as her baby's kick was recorded on video, while she was posing with her husband Rohit Reddy for her pregnancy shoot. The soon-to-be parents took to Instagram to share the BTS with their fans and followers and give them a glimpse of their shoot. Read on to know more about their Instagram posts.

Naagin actor Anita and her husband are all set to welcome their first child in February 2021, and Anita, who is currently in her third trimester, decided to go ahead with a pregnancy photo shoot, with her husband. The two of them shared behind the scenes videos from the shoot and looked really happy together. While Rohit could be seen wearing a white shirt and black pants, Anita changed her outfit many times, which included black, white, grey, and beige coloured clothes. She kept her make-up minimal and opted for soft blow-dried curls. What caught everybody's attention was the moment the baby kicked. It was very clearly visible in the BTS video shared by Rohit, and he even shared that part of the video separately on his Instagram story and wrote, "That kick". You can see both his Instagram post and story here. 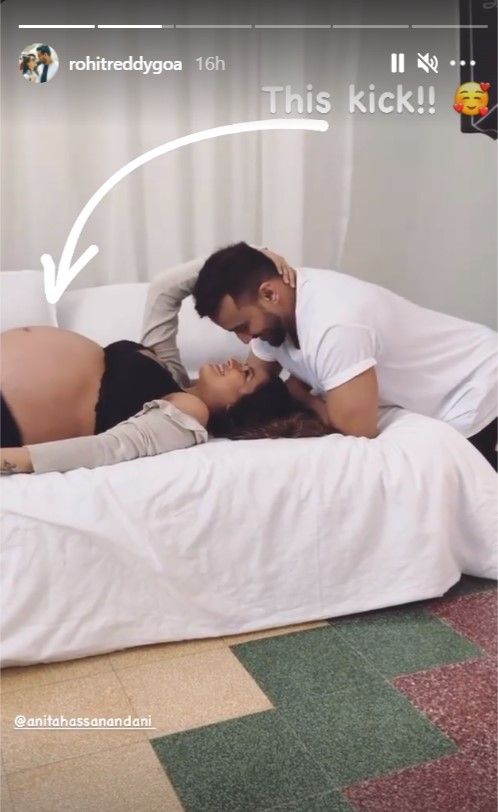 Rohit Reddy has 751k followers on Instagram and Anita Hassanandani's pregnancy shoot BTS video garnered more than 28k likes within a few hours of posting it. The couple's fans and followers bombarded the comments section with congratulatory messages as well as comments saying that they spotted the baby's kick. While one follower wrote, "Omg your baby was kicking ðŸ˜", another one commented saying that the photoshoot was beautiful. You can some of the comments here.

Also Read | Anita Hassanandani Grooves To Shakira's Song Girl Like Me, Says 'Once A Fan, Always A Fan' 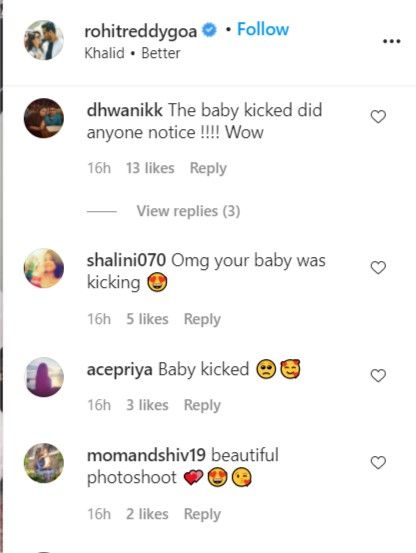 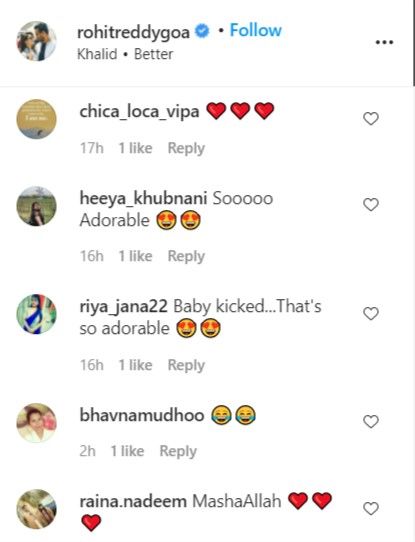 Anita Hassanandani also posted a behind-the-scenes video from her pregnancy shoot. Her BTS video showed her wearing a white crop top with a white skirt, and her hair had little white flowers in it. The to-be-parents could be seen dancing a little as well as giving each other pecks on the cheek as well. Anita captioned her post, "Shooting with Bae and to be BaeBee ðŸ’‍â™€ï¸ðŸ˜˜". Actor Karishma Tanna commented saying "Omg â¤ï¸â¤ï¸â¤ï¸â¤ï¸â¤ï¸â¤ï¸ so pretty", while other fans and followers of the Naagin actor dropped in heart emojis and congratulatory messages. You can see her post here.