Bigg Boss 13 contestant Shehnaaz Gill tries to 'groom' Sidharth Shukla in a hilarious video. Check out the video and know more about the interaction here

ALSO READ: Bigg Boss 13: Vikas Gupta Comes Out With A Series Of Tweets In Support Of SidNaaz!

In the video, Bigg Boss 13 contestant Sidharth Shukla is seen brushing his teeth while Shehnaaz Gill tries to poke fun at him. She finds a bathroom mop and is seen irritating Sidharth with it. During the conversation, Shehnaaz Gill begins to wipe Sidharth’s legs with the mop. When Sidharth asks her to stop, she tells him that she is grooming him as he will be in the top 5. Towards the end of the video, Rashami Desai walks in and Sidharth asks Shehnaaz to groom Rashami instead. She tells him that she doesn’t have that great a bond with Rashami. After Rashami leaves, Shehnaaz continues to annoy Sidharth Shukla. Out of irritation, he asks her to stop and is surprised to see Rashami Desai yell at Shehnaaz Gill from the other room to stop annoying him. 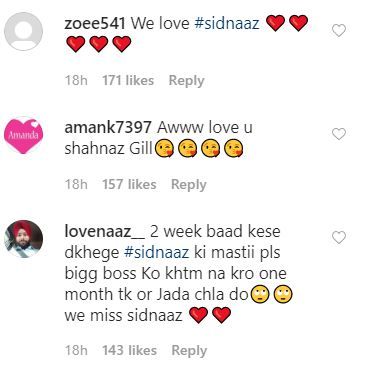 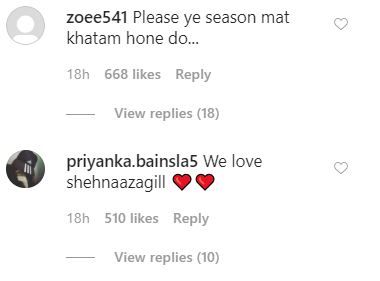 Fans of Bigg Boss 13 seem to be doubling up in laughter at Shehnaaz’s behaviour, as evidenced by the comments on the video. Some netizens have requested the makers to never let the show go off air, while others have appreciated Shehnaaz Gill’s ability to entertain. Many have said that they love Shehnaaz Gill, and the audience has been pleading the makers to extend the show by one more month.