Divyanka Tripathi Dahiya in her recent Instagram post gave out a stunning and witty reply to a fan who was asking her to be a mother. Read further to know more.

Divyanka Tripathi Dahiya recently gave out a witty reply to a fan who had a generic request. The actor had uploaded a picture and was enjoying her happy Friday. However, amid all of this, a comment was spotted by the actor that asked her to become a mother already. The actor, who has been receiving such requests since a long time, decided to give out a witty reply to the follower.

The follower had commented on Divyanka Tripathi Dahiya's post, mentioning that a lot of people wish to see her becoming a mother soon. Thus after reading such requests in the past for a number of times, the actor decided to comment. Divyanka Tripathi Dahiya wrote that while she doesn’t mind being a mother, it will be up to all the people to volunteer to babysit her child when it is born. The actor thus delivered a perfect and witty reply to the fan. People praised Divyanka Tripathi for her amazing reply and cool demeanour with which she answered the comment. People also jovially mentioned that they would like to volunteer if such a thing ever happens.

A post shared by Divyanka Tripathi Dahiya (@divyankatripathidahiya) on Sep 14, 2020 at 3:27am PDT 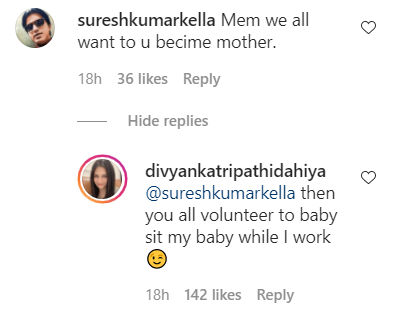 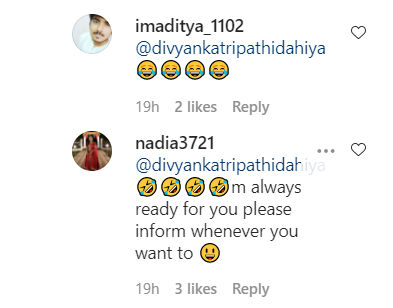 Also Read | Divyanka Tripathi Gets Candid About Life Amid Lockdown, Reveals Her Take On The Industry

In the post, Divyanka Tripathi Dahiya can be seen seated in beige clothing. Fans absolutely loved her style and complimented her for the picture. In the caption of this image, the actor wrote that she often laughs at people who have erratic TV schedules. She added that she finds it quite amusing to see people work for hours and that the entire concept of days and time get disarrayed for them. Thus the post was made and it was below this post that the follower posted the comment asking Divyanka Tripathi Dahiya to become a mother. 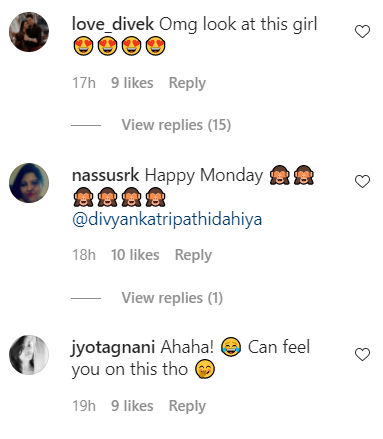 Divyanka Tripathi Dahiya in the past has been quite active and has been posting constant updates about her day to day happenings. Earlier the actor also hinted that she is working on some project which has been directed by her husband. The actor shared a picture on her stories hinting about the same. 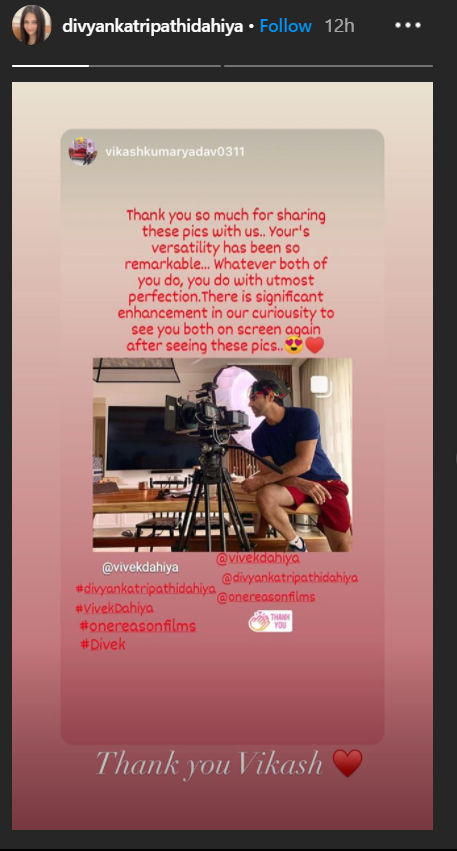